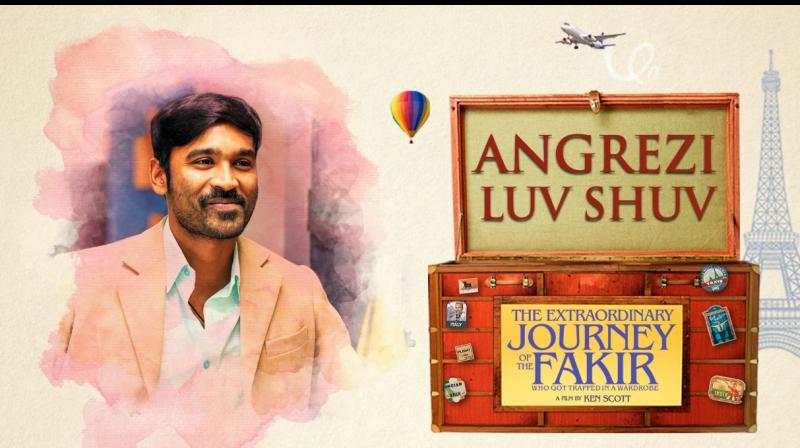 Mumbai: Couple of days ago, the trailer of Dhanush’s Hollywood debut, The Extraordinary Journey of the Fakir dropped and got rave reviews from the audience, critics and trade. The makers of the film have now released the first song from the film, Angrezi Luv Shuv, which also marks the first collaboration between Dhanush and composer Amit Trivedi.

The track gives an insight into the journey of the protagonist and his love story, and the combination of the delightful music and catchy lyrics, Dhanush’s charm and an overall relatable vibe of a new relationship make this track a complete winner. While the Hindi version has vocals by Amit Trivedi, the Tamil version has vocals by Dhanush.

The Fakir is based on the book by Romain Puértolas and it revolves around an Indian street magician's journey to Paris. Finding himself in the midst of a crazy adventure he never bargained for. The film deals with the problems of refugees across the world but despite handling a rather sensitive subject, the film seems to be filled with light-hearted humour. The film will be releasing in India, USA, Canada, UK, Singapore and Malaysia on June 21, 2019.