Amal Clooney's parents 'over the moon' with news of becoming grandparents

Ramzi Alamuddin and Baria are delighted to welcome their grandchildren, twins, who have been named Ella and Alexander. 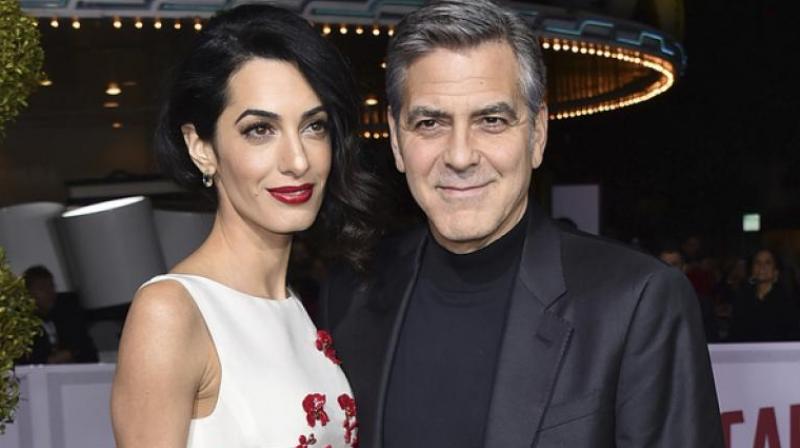 Los Angeles: Amal Clooney's parents said they were elated Tuesday to welcome their twin grandchildren Ella and Alexander, and added that the birth had gone well.

"They are in great health, all is perfect," Amal's father Ramzi Alamuddin, who lives in Beirut, told AFP.

"I am very happy for them, (Amal and George) will be great parents."

He added that he had spoken with his daughter and son-in-law after the birth and hoped to travel to London soon to meet his grandchildren.

Amal's mother Baria, reached in London, where she was in hospital with her daughter, said everyone was doing well.

"We are over the moon," she said in an interview. "It was a beautiful delivery. The babies are beautiful and are doing well."

The first-time parents welcomed their twin babies in the morning, the actor's publicist said.

"This morning, Amal and George welcomed Ella and Alexander Clooney into their lives," Stan Rosenfield said on behalf of the couple. "Ella, Alexander and Amal are all healthy, happy and doing fine."

"George is sedated and should recover in a few days," he joked about the 56-year-old Hollywood heartthrob.

The 39-year-old Lebanese-British international human rights lawyer and Clooney tied the knot in Venice in 2014.

The couple have kept a low profile since announcing they were having twins in February, staying at their rural home outside London.