Chyna responded on Snapchat and claimed that Rob physically abused her and might take legal action against him. 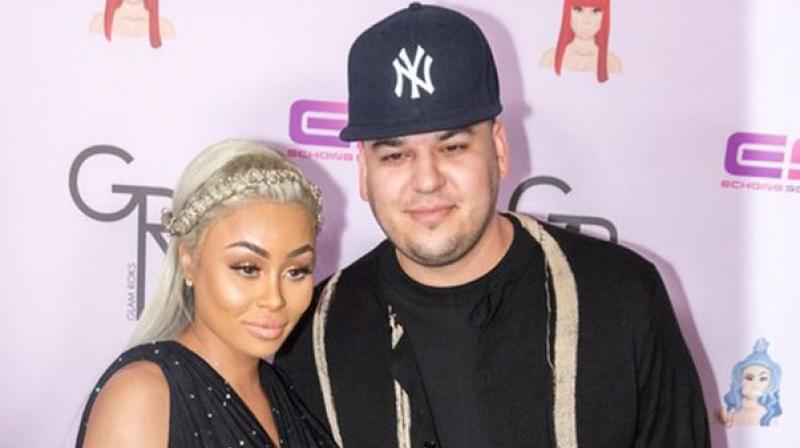 Rob blasted Chyna, 29, in a series of extremely graphic and expletive-ridden posts on Instagram. He also accused her of cheating on him with several men in less than a month.

"This is from Chyna yesterday to me. I never been so disrespected in my life. I just bought her 250K of jewelry yesterday. This woman is so disrespectful and I don't care (sic)," he wrote alongside one of the many pictures.

The reality TV star also accused Chyna of not taking care of their daughter, Dream.

"We had a beautiful baby girl that was the best thing that's happened to me and soon as that baby was born Chyna was out... Soon as Kylie and Tyga broke up Chyna was over the game. She had a baby out of spite and I'll never view her the same," he said.

Chyna responded to the allegations on Snapchat and claimed that Rob physically abused her.

"Rob you did all this but you beat me up and try act it never happen !!!!! You put hand on me I swear on god !!!!! On my kids but I'm supposed to be quiet because you're a Kardashian (sic)," she wrote in the post that has since been deleted.

According to People magazine, Chyna's attorney is investigating which legal actions can be taken against Rob.

"I am exploring all legal remedies and protections available to my client at this time in attempts to best advise her on how she may want to proceed," Walter Mosley said.