The trailer of the eighth and final season of ‘Game of Thrones’ is here, and so is ‘Winter’. 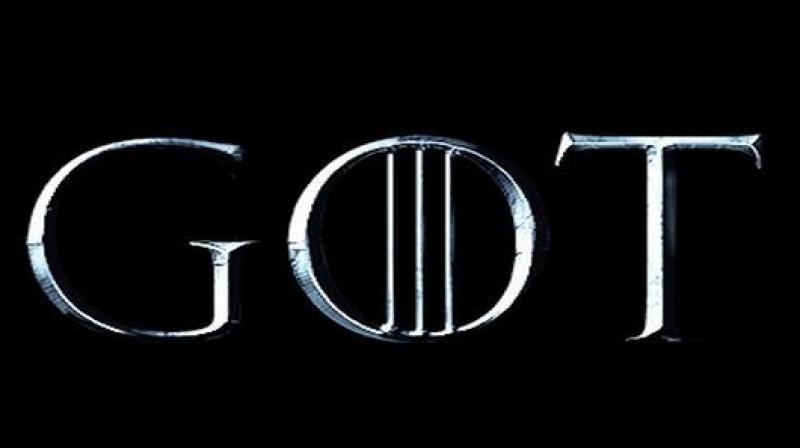 Washington D.C.: The trailer of the eighth and final season of ‘Game of Thrones’ is here, and so is ‘Winter’. After a month of teasing fans with bits and pieces of teasers from the upcoming season, the makers have finally launched the official trailer of the immensely anticipated finale.

The trailer features all major characters from the drama series, gearing up to fight for Westeros against the spine-chilling White Walker-army that waits for them beyond the wall.

From giving a glimpse of each and every significant character who has managed to survive this far; including Arya Stark (Maisie Williams), Jon Snow (Kit Harington), Daenerys Targaryen (Emilia Clarke), Tyrion Lannister (Peter Dinklage), Jaime Lannister (Nikolaj Coster-Waldau), Sansa Stark (Sophie Turner), and Bran Stark, (Isaac Hempstead Wright), Cersei Lannister (Lena Headey); to teasing some exciting dialogues from the upcoming season, the trailer is everything one expected from the makers and more.

Considering the multiple layered plot-lines of the series and countless lead characters, the makers have managed to squeeze in many revelations in the 2-minute-long clip.

Here are some of the trailer's biggest reveals that you might have missed.

I know death: In the beginning of the trailer, Arya Stark, pointing to a dragon glass dagger, can be heard saying, "I know death. He's got many faces. I look forward to seeing this one." And yet, the trailer opens with her frightened face in a dark background. In the following scene, she can be seen running through the halls of Winterfell with blood on her face, terror in her eyes.

The glass dagger can be a reference to dragons, or the white walkers, either way, it seems like Arya’s confidence is effectively shattered when she actually come face to face with a version of death she failed to anticipate

Varys the Spider: As if perfectly picturised for you to miss it the first time you watch the trailer, in the midst of Arya's escape, the trailer features Varys the spider sitting in the crypts of Winterfell with a few other civilians.

The last time we saw Varys, in season 7, he was told by the red priestess Melisandre (played by Carice Van Houten) that his death was approaching. And as he sits crypts with pure horror on his face, it seems like prophecy is about to come to.

The Golden Company: As the trailer unfolds further, it features the open seas, where we see the Greyjoy fleet carrying some new occupants. This goes back to season seven finale, in which Queen Cersei orders Euron Greyjoy (Pilou Asbaek) to recruit a group of mercenaries, called the golden company, to destroy the combined Stark and Targaryen forces. And it seems like the Euron Greyjoy has been successful in doing that and is now returning with the hired lot.

The scattered Lannisters: The trailer features all three of the Lannister siblings, however, they aren’t united. While multiple forces are coming together to fight the common enemy, the Lion Queen can be seen sipping on wine, despite the fact that the last time we saw Cersei, she was pregnant.

Meanwhile Jaime, the man who is known as the Kingslayer across the Westeros, appears loyal, dedicated and committed towards his goals as ever. “I promised to fight for the living, I tend to keep that promise,” he can be heard saying in the trailer.

Tyrion, on the other hand, can be hardly seen in the trailer apart from a few short appearances, which can be in the blink of an eye, including one near the end of the trailer, where he can be seen looking up, horrified. And the moment we finally spot him, the trailer ends with an image of dragon-fire.

The Dragons: While the previous teasers had featured both Drogon and Rhaegal (dragons) flying over Winterfell, the trailed digs a little deeper in this plot line. In the 2-minute-long clip, the fire breathing beasts can be seen majestically flying over snow covered region that seems like the territory that lies beyond the wall. However, the third dragon remains missing from the frames.

The seventh season of the show saw Westeros on the brink of its deadliest war yet. With the battle just around the corner, Jon Snow, Daenerys Targaryen, Tyrion Lannister and other legendary figures within the Thrones canon were able to cast aside their differences and work together toward fighting a common enemy, The Army of the Dead, led by the vicious Night King.

The season seven finale also confirmed that Jon Snow is in fact the true heritage as the son of Rhaegar Targaryen and Lyanna Stark, which quite possibly gives him the greatest claim to the throne if only by birthright.

The show premieres on HBO, April 14.