Singer-songwriter Justin Bieber spent some quality time with his wife Hailey Baldwin on a romantic getaway. 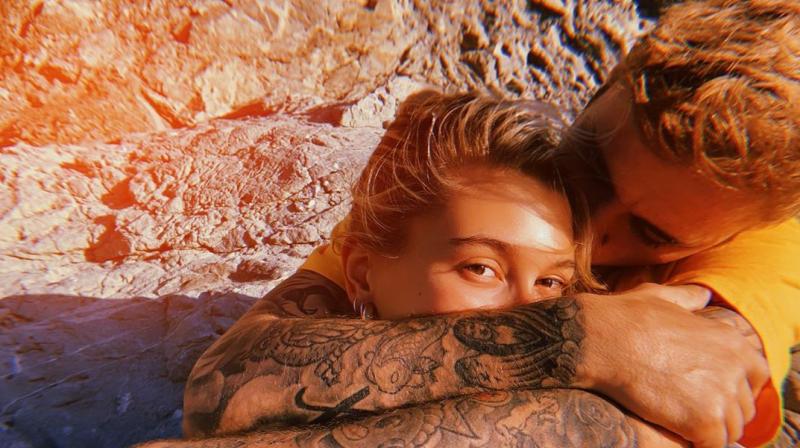 Washington DC: Singer-songwriter Justin Bieber spent some quality time with his wife Hailey Baldwin on a romantic getaway. The pop star shared a glimpse from their date night in a post on Instagram, his second since opening up to his followers in an emotional letter he shared earlier this week.

"Getaways with you are all I need," the 'Sorry' singer captioned a photo of their feet in the sand with a box of drinks on the side.

Getaways with you are all I need

Baldwin also posted some beautiful photos from their date night. One of the pictures shows her cuddling up to her husband as he wraps his arms around her and lovingly kisses her head. "The most perfect day with my person," she captioned, also sharing photos of the beach and their drinks.

the most perfect day with my person :)

A source close to Bieber told People that the couple has had a busy summer, between all the wedding planning and work, and confirmed that the singer has been doing incredibly well with Baldwin by his side. "Justin and Hailey are having a great summer. Between work and planning their wedding, they are also super busy.

Justin has been working in the studio. He really seems to be back feeling more like himself. And he seems very motivated to create new music," the source told the outlet. "He keeps saying that life is good, which is amazing to hear," the source added.

On Monday, Bieber opened up in a vulnerable post about his past struggles with early fame and "heavy drug" use, sharing the dark place he was in and his road to recovery. A big part of that recovery, he credited to his lady love.

"Luckily, God blessed me with extraordinary people who love me for me," he wrote after speaking about his dark past. "Now I am navigating the best season of my life 'MARRIAGE' !! Which is an amazing, crazy, new responsibility," he added.

Earlier this year, in another candid Instagram post, Bieber had revealed that he had been "struggling a lot". A source confirmed to People at that time that depression was among the mental health disorders he was dealing with.

"For the first time in a long time, he is really addressing the things he needs to address. And just because he's not standing on the mountaintop saying, 'I take this specific medication' doesn't mean that he isn't thoughtfully figuring things out," the source said.

During his recovery phase, the 'I Don't Care' singer has heavily relied on his wife, whom he married in a secret courthouse ceremony last September, and the pair even put their wedding plans on hold to work on the singer's struggles.

Their second wedding, a religious ceremony, is just a few weeks away, and Baldwin is making sure that it's a perfect celebration. "Their wedding is only a few weeks away and they both seem very ready. Hailey is mostly involved in the planning.

Justin lets her take the lead. He jokes that life is better when Hailey is in charge," a source close to Bieber told People. The wedding party will take place at the Montage Palmetto Bluff in South Carolina on September 30.