Making art for site-specific spaces and screens of all sizes, Paul is known for his engagement with issues of race, sex and death. 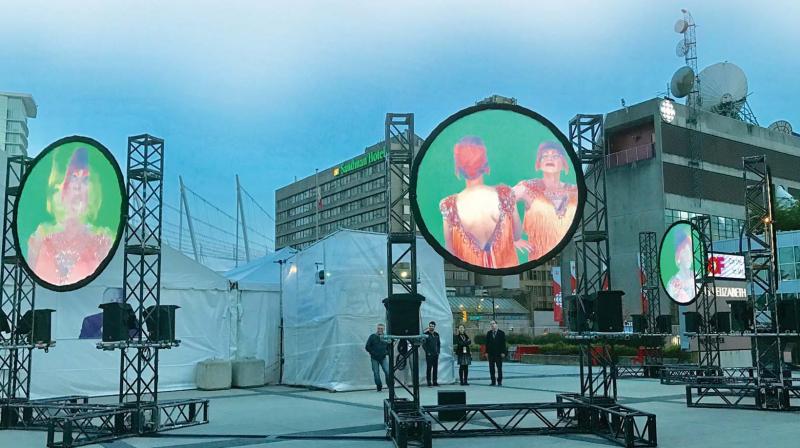 Canadian multimedia artist Paul Wong is on a tour in India and will be visiting multiple cities to exchange his ideas with art students and academicians.

With a career spanning for over four decades, an interdisciplinary artist Paul Wong is a pioneer in bringing multi-media technology into art practices. The Vancouver-based artist is appreciated for his contemporary artworks that often combine elements of narrative in videos for site-specific spaces and screens. Currently, Paul is on an India tour for the first time, and will be delivering a talk titled Making Public/ Private Art, at Dr Bhau Daji Lad Museum. In the event which is organised by Prameya Art Foundation, he will be delving on incorporating everyday life in his art.

Talking about his work and about this particular India tour, Paul informs that his talk will be focused on making the private art public, the spaces that he mostly combines in his work. According to Paul, he takes personal stories, intimate issues and common materials to create art works that are then presented in the pubic context, both in traditional and non-conventional visual and performing venues. “I wanted to focus on everyday life that people don’t see but think about, so my stories are all intimate and private,” says the artist. He further claims that he is a pop artist who exerts proverbial images as stories that are not too complicated and academic, and says, “I take small moments, focus or frame, as a material which draws viewer’s attention.”

Making art for site-specific spaces and screens of all sizes, Paul is known for his engagement with issues of race, sex and death. When asked about why he takes personal accounts as his inspiration, he blames it on his non-art academic background. He started making videos at the age of 15, and his style and approach to video making was rather radical to film and television world at that time. “I have never been a part of any art academia, but had started making creative stories with my camera, and still doing it with newer technology,” he reveals.

Paul has been a leading force in bringing technology in art, and he remains unabashed about his embrace of the newer multimedia tools. However, he strongly believes in using low-end technology and focusing on the idea primarily. “It’s not about adapting new forms, but always using what is available with low tech software and hardware. It is more about artist than the technique,” asserts the artist.

Moreover, in the era where the technology is rapidly evolving, he suggests that any artwork that remains more dominated by technology is outdated, as the present focus should be on engaging with the audience. “You have to make some unexpected image, story or sound that viewers can engage, respond and remember,” says Paul.

Paul also highlights that in this digital age, 99.9 % of art is based on online or corporate information and the majority of the rest are commercially driven artefacts. Rather for him, his work is not completely commercially driven. “I don’t make work to sell, I make it because I feel like making it,” asserts the artist. Insisting that his work is not controlled and forcefully delivered, “I have always worked outside the mainstream commercial arenas.

Apart from working with organisations, traditional and non-conventional art practitioners, conventional and modern art gallery spaces, Paul has also secured his identity as a major street artist in Canada. He has put his art works in the public spaces like on walls, in parks, cemeteries, and on boats. “I have been fortunate to get sponsorships for my productions and equipments by federal and municipal corporations,” Paul smiles.

On his ongoing Indian tour, he observed that unlike Canada, where artistes are provided funding for their experimental, innovative and community based arts and exhibitions, Indian artistes have to rely on other incomes and commercial sales. “Our government has understood that artistes can play an important role in shaping the nation, and art should be supported, I guess Indian art activities too should be supported financially,” he concludes.