The actor-filmmaker duo will be reuniting after two decades since their collaboration on 'Titanic', also starring Leonardo DiCaprio. 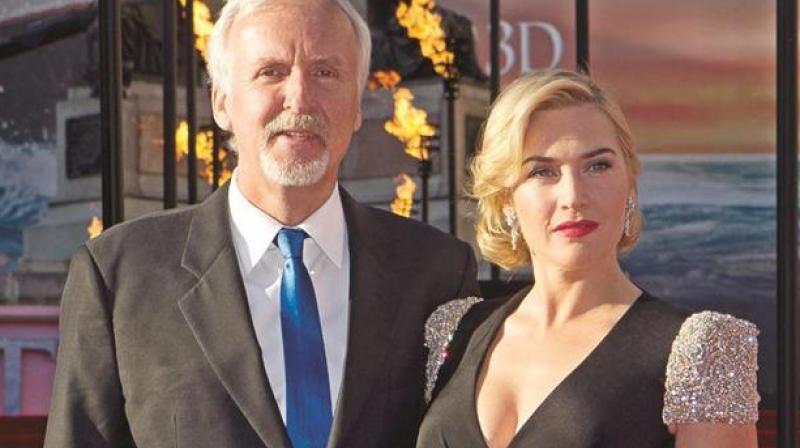 James Cameron and Kate Winslet at the premiere of 3D version of 'Titanic' in 2012. (Photo: AP)

Los Angeles: Kate Winslet is set to star in James Cameron's 'Avatar' sequels, reuniting with the director two decades after they collaborated on 'Titanic.'

"Kate and I have been looking for something to do together for 20 years, since our collaboration on 'Titanic,' which was one of the most rewarding of my career. I can't wait to see her bring the character of Ronal to life," Cameron said.

Cameron began filming the first of the four Fox movies last week in California. He first announced plans for four films in 2016.

The script was written by Cameron with Josh Friedman, Rick Jaffa, Amanda Silver, and Shane Salerno.