Entertainment   Hollywood  03 Dec 2019  'Once Upon a Time in Hollywood' to win big at Capri Film Festival
Entertainment, Hollywood

The film which opened in theatres in July this year was produced by Shannon McIntosh and David Heyman. 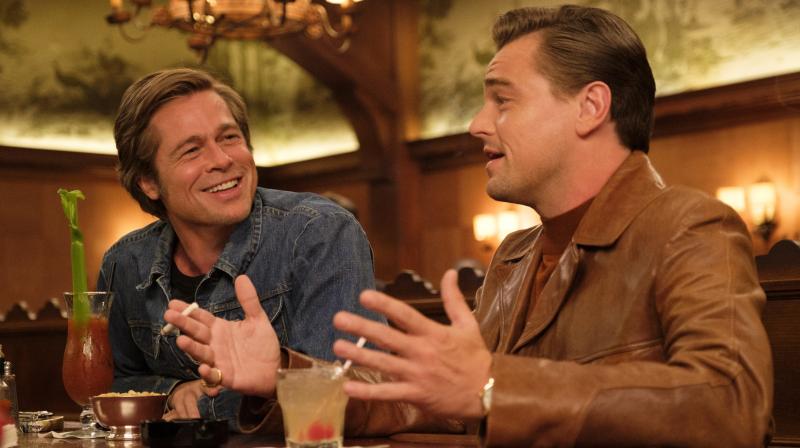 A still from 'Once Upon A Time In Hollywood'.

Washington DC: Quentin Tarantino's last movie 'Once Upon a Time in Hollywood' which has a huge star cast comprising Caprio">Leonardo DiCaprio, Brad Pitt and Margot Robbie is set to be honoured with the best ensemble cast award at the 24th edition of Capri, Hollywood -- The International Film Festival.

Scheduled to take place from December 27 to January 2, the international festival will also award Martin Scorsese's 'The Irishman' for the best-adapted screenplay by Steven Zaillian, reported Variety. Also, Marco Bellocchio's 'The Traitor' has been named in the best international feature film of the year category.

"Combined, these amazing performers populate the captivating scenario of 1969 Los Angeles, arousing the enthusiasm of audiences from all around the world," Renis added.

The film which opened in theatres in July this year was produced by Shannon McIntosh and David Heyman and had grossed USD 368 million worldwide, according to figures reported in October.