'It' returns to top the U.S. box-office, beats Tom Cruise American Made

The horror film was followed closely behind by newcomer 'American Made' in second with USD 17.01 million at the box office. 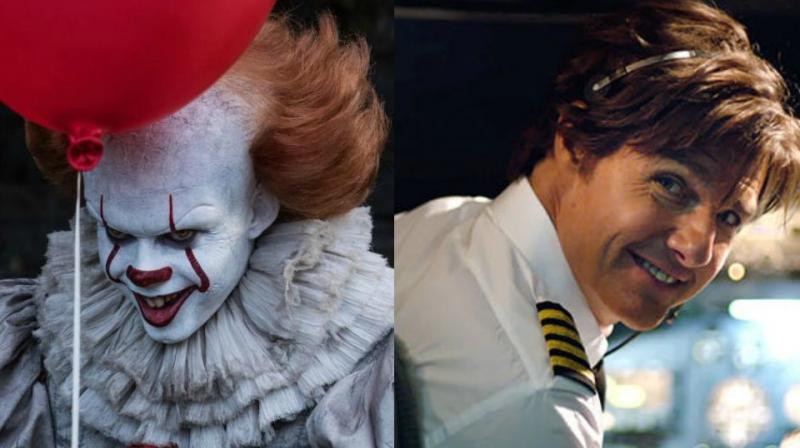 Stills from 'It' and 'American Made.'

Los Angeles: Clown 'Pennywise' is still scaring people up even after his fourth week at the box office.

According to The Hollywood Reporter, the blockbuster Stephen King adaptation 'It' returned to take the top spot this weekend, after being knocked off by 'Kingsman: The Golden Circle' last weekend, winning with an estimated USD 17.3 million, followed closely behind by newcomer 'American Made' in second with USD 17.01 million.

With USD 291.1 million domestically and another USD 262 million from international territories, the horror blockbuster 'It' currently stands at USD 553.1 million from just a USD 35 million budget.

However, filmmaker Matthew Vaughn's 'Kingsman' sequel beat 'It' overseas by earning USD 50 million from 77 markets for a 12-day worldwide total of USD 192.7 million, including USD 66.7 million in North America.

'American Made' marks a modest opening for Cruise, one of lowest nationwide starts of Cruise's career.

Universal domestic distribution president Nick Carpou, said, "We will have a great run, and American Made overperformed tracking. Tom is something to discover in this movie. And I think it's interesting that you have three films that are within shouting distance of each other. Once the dust settles on Monday, we'll see how it turns out."

But overseas 'American Made' has already earned USD 64.7 million for a global cume of USD 81.7 million.