Mother for all seasons

In a heart warming new trend, celebrities take their parents along for red carpet events. 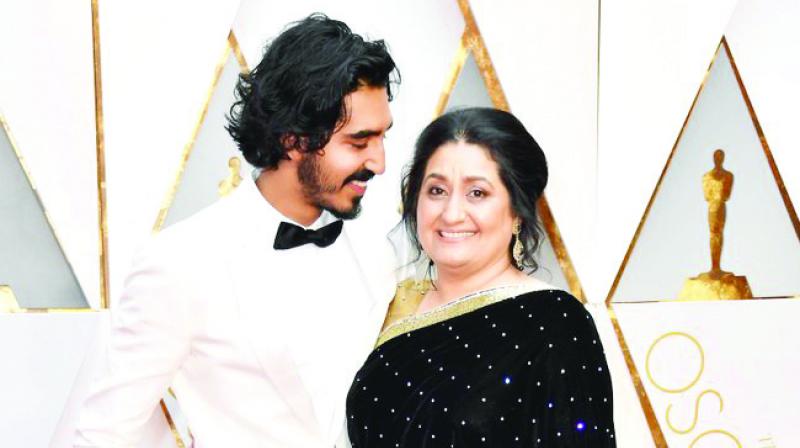 The recent Oscar Awards were in the news for a number of reasons. How the Moonlight nearly went to La La Land was just the biggest of them! Yet, Dev Patel created quite the buzz when he strolled down the red carpet hand-in-hand with his mother Anita, (who looked like a million bucks) which made girls all over the world swoon and go gaga over the Gujju-boy! And apart from Dev, a number of other celebs in both Hollywood and Bollywood are often seen gracefully walking on the carpet, with their parents beside them! Clearly, when it comes to rounding up a special person to take to a red carpet event, celebrities look no further than their very own parents.

Leonardo DiCaprio graced the Academy Award red carpet with mom Irmelin Indenbirken last year. But he wasn’t the only one! Chris Evans too got his mother to be his plus-one, while Michael Fassbender brought his father along! And Bollywood is not far behind on the trend! Sonakshi Sinha proudly sashayed a red carpet event arm-in-arm with her mother Poonam at an award show.

Glam queen and now doting mother, Aishwarya Rai’s mother Vrinda has accompanied the star to the red carpet at the prestigious Cannes Film Festival. And most recently, actress Alia Bhatt chose to have mommy Soni Razdan, beside her side at a film awards! For our favourite celebrities and their families, it’s all about being glamorous on red carpets together!

Sandalwood star Samyukta Hornad too took her parents as her plus one to high-end red carpet events. Sharing her thoughts, the 25-year old says, “When I was invited for the awards, my friends wanted to tag along but I chose to take my mother. It was because I knew it meant so much more to her to see me finally get something I’ve wanted for so long.” The point of it all, is sharing the joy with the ones closest to you, according to actress Suchitra Krishnamoorthi. “Kaveri and I accompany each other everywhere. In the past, I used to take my parents along too. It’s natural to share triumphs and joys with those closest to you. Dev Patel taking his mum to the Oscars was heartwarming. A good Gujju boy who has made India proud,” she says.