The actress has confirmed that she will be doing two Bollywood films next year. 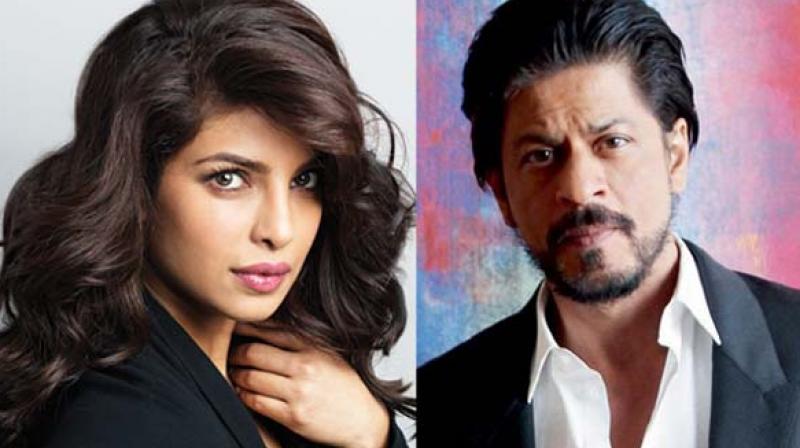 Priyanka has worked with Shah Rukh in two films of the 'Don' franchise.

Mumbai: Priyanka Chopra recently returned to India after shooting for her international television series 'Quantico' in the USA for the past couple of months.

The actress has confirmed that she will be doing two Bollywood films next year and it was reported that one of them could be Sanjay Leela Bhansali's film based on Sahir Ludhianvi starring Shah Rukh Khan.

In the film, SRK was rumoured to play the renowned poet Sahir and Priyanka his ladylove Amrita Pritam.

But, PeeCee has finally commented on the rumours and said that there is ‘no truth to such reports’.

She was reported as saying, "No truth to any such reports. Yes I am meeting Sanjay sir and we always discuss work and he is someone I would work with all my life till the time he wants to work with me. I am his eternal fan. Every time we discuss a film but we have to still figure out which one will it be. I haven't given my commitment to any Bollywood film yet. I am not someone who says no to Sanjay sir."