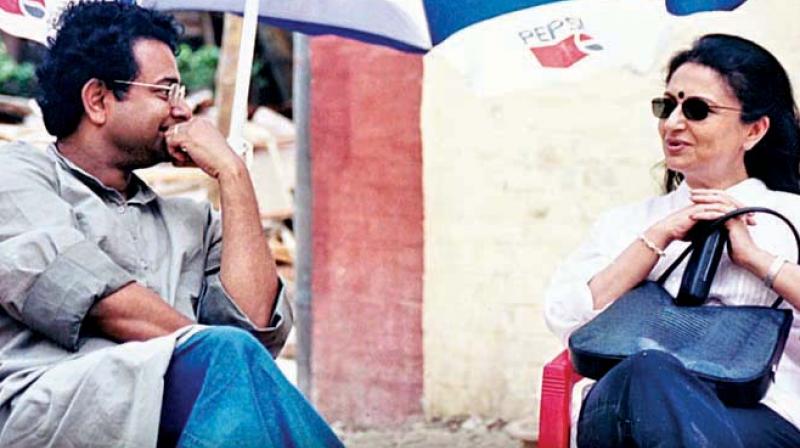 It’s often easier to analyse the works of a cultural icon rather than the individual himself, but in her documentary Bird of Dusk, director Sangeeta Datta succeeds in her ambitious attempt of presenting not just Rituparno Ghosh, the filmmaker, but Rituparno, the individual. The documentary, which will be screened at the Mumbai Film Festival today, takes viewers on a nostalgic journey that explores the late director’s artistic talent as well as his remarkable life.

Sangeeta seems to be the perfect person to take on such a Herculean endeavour as her friendship with Rituparno goes way back to her student days in Jadavpur University, where the two connected over their love for art and cinema. Later on, she collaborated with him as an associate director for several films such as Chokher Bali, Raincoat and The Last Lear. Reminiscing about her long-time friend, the director says, “In college, while Rituparno was well read and well informed, he was also a very quiet and shy person. I remember how the boys bullied him because his mannerisms were different. But, in his later years, he became much more self-confident and a flamboyant fashion icon. It was incredible to witness that change happen to a person.”

However, despite her close friendship with Rituparno, Sangeeta insists that her film isn’t a hagiography. In fact, it is this endearing bond that allows her to humanise Rituparno for us. “Being objective wasn’t difficult, because writing only good things about one person would be fairly boring and untrue. So we see how Rituparno was very much the lonely artist, but he also craved media attention, to the extent that he would get upset if he wasn’t written about for a week or two. He had wonderful friendships, but there were also times when he would throw tantrums, keep his distance for weeks and months and then one day, come back and say ‘Hey, I’m sorry’.  It is these contradictions that make a person more credible and real,” she shares. 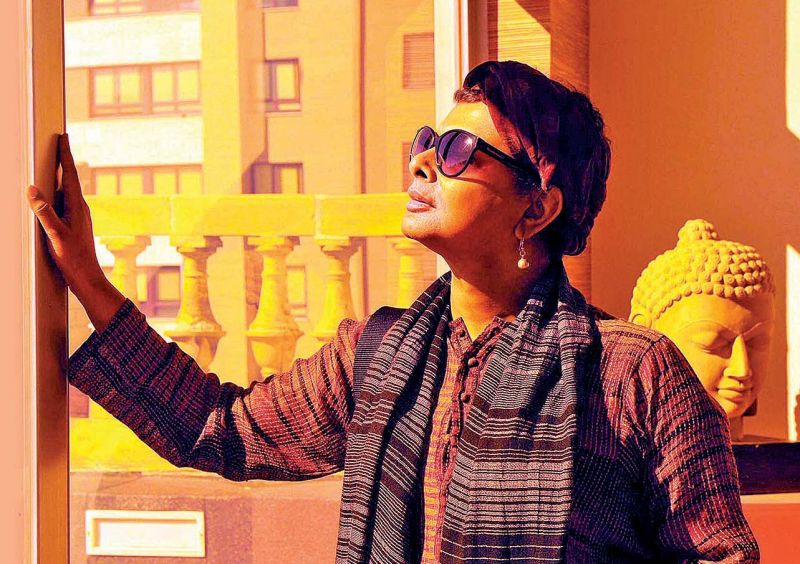 Apart from her own relationship with the legendary filmmaker, Sangeeta also falls back on the testimonies of those who walked hand-in-hand with him along his cinematic journey. And so we see critically-acclaimed names like Soumitra Chatterjee, Sharmila Tagore, Aparna Sen, Prosenjit Chatterjee, Nandita Das, Konkona Sen Sharma, Arjun Rampal, and many others discuss Rituparno’s films, his filmmaking style as well as their relationships with him. “Even though with some people, there was more tension when they were recounting experiences, there was a sense of affection and regard for this person called Rituparno. It was also heart-warming to see how many people appreciated his work and were observing his films in minute detail,” says Sangeeta.

The documentary also invites us to see Rituparno’s world through his own eyes, and to achieve this, Sangeeta taps into a wealth of archival material, like televised interviews and behind-the-scenes footage from Rituparno’s films. We also get to soak in his lyrical prose, which has been culled from his memoir, First Person. “He was such an eloquent speaker. But, when I made this film, he wasn’t there.

So I had to infuse his voice from somewhere,” says Sangeeta. It is through his prose that we see Rituparno’s love and attachment for his city. “To capture Rituparno’s Kolkata, I had to revisit the city and in the process, rediscovered my own city through his works.” The film also touches and lingers upon the idea of fluidity, paying homage to Rituparno’s understanding of gender. “The river Ganga plays an important role in the film since it stands for fluidity. Rituparno always felt that gender was a fluid construct and people should not be boxed into gender constructs created by society,” says the director.

Bird of Dusk, a film whose title has been inspired by Abanindranath Tagore’s painting of the same name, is a lot like the painting itself, which pays tribute to artistic genius and the artistic process. Though this documentary brings Rituparno’s colossal body of work into focus, the spotlight also rests on the man behind it all. And this is why this documentary is a crucial cinematic work of our times. “This film makes us realize that if we are able to explore the constructs of gender and identity in a liberated fashion, it is because Rituparno blazed the trail for us. As a cultural icon and an intellectual, he is immensely inspirational for the next generation,” concludes Sangeeta.