According to non-conservative estimates, the film is expected to make Rs 60-65 crores on the day of release. 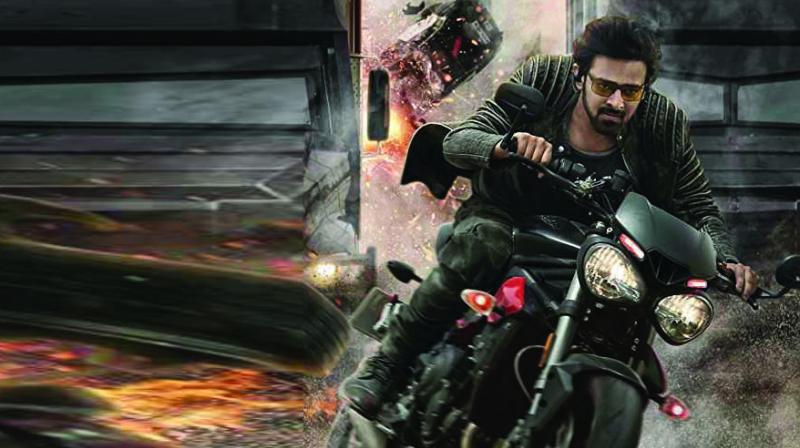 ‘Plotless extravaganza’, is how Saaho is described by a leading-distributor exhibitor from the North, who adds that the film will find it difficult to break even with its Rs 380-crore budget.

In fact, the film’s producers are so insecure about the reception that would be accorded to Saaho by the Hindi audiences that they cancelled their plans of showing the film to the Mumbai press on Thursday evening. The only time this rule is sidestepped is when the producers are not sure of their product.

How confident are the Saaho producers about earning back their investment?

A leading distributor from North India predicts, “Saaho will be a big hit in the South which is Prabhas’ home base. In the North, audiences will flock for first three days to see the Baahubali hero. After that, it will go downhill.”

According to non-conservative estimates, the film is expected to make Rs 60-65 crores on the day of release.

“We are opening on 4,500 screens. There is practically nothing else showing in theatres across India from tomorrow. Audiences have no choice but to see Saaho. But I doubt if they will come back for a repeat viewing,” says a leading distributor, adding that there are too many villains in Saaho and only one hero.

But will Prabhas be able to shoulder the movie?

A well-placed source from the Telugu film industry says, “Saaho is caught in a peculiar dilemma. It looks too South Indian for Hindi viewers and not Telugu enough for Andhra or Telangana viewers.”

Adding to the general feeling of insecurity regarding the film was the fact that the delivery of the content to single-screen theatres was delayed till Thursday evening.

Let’s hope it finally pans out well for Saaho.