Cashing in on Kashmir

Apparently, Chopra had shot a film set in Kashmir many moons ago but never ended up releasing that film. 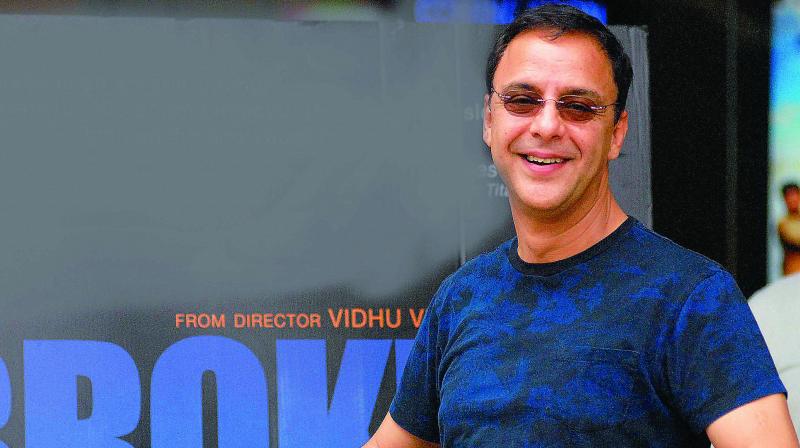 The abrogation of Article 370 in the valley has certainly provided opportunities for filmmakers in Bollywood to mint some money, and the latest to join that bandwagon is Vidhu Vinod Chopra.

Apparently, Chopra had shot a film set in Kashmir many moons ago but never ended up releasing that film. Now, rumour has it that the abrogation of Article 370 has turned out to be a shot of adrenaline for the filmmaker and film studio — Fox Star, as they have found a release date of November 8 for the said film.

The film called Shikara, which was earlier billed as Love Letters from Kashmir, marks Chopra’s return to his home state after Mission Kashmir, which he directed 20 years ago.

“Vinod Chopra has also collaborated with agencies in Kashmir to promote local talent from the terror-torn state and work with them. The film had a working title earlier called Love Letters from Kashmir but apparently has been titled as Shikara which means a houseboat,” confirms a source.

Chopra had earlier made a story with terrorism as the backdrop in Mission Kashmir, starring Sanjay Dutt, Hrithik Roshan, and Preity Zinta, but this one is more of a romantic story. He had earlier mentioned in an interview that he had worked for over five years on this film. “The film is about what happened in Kashmir from 1985 onwards till 2015,” he had said.

His last film as a director was a 2015 American film Broken Horses which failed to garner any appreciation. His last Hindi film Eklavya: The Royal Guard released in 2007, starring Sanjay Dutt with Saif Ali Khan and Amitabh Bachchan, also failed at the turnstiles.

However, Chopra has enjoyed tremendous success as a producer with Munna Bhai series, Three Idiots, PK and Sanju, among others. Perhaps this film with a lot of newcomers, including fresh faces like Sadia, Zameer Ashai from Kashmir, and RJ Nasar Khan from Bhopal, may change the way the box office is treating his directorial ventures.