‘Mantra to success is never giving up’

The film is an attempt to rethink our behaviour at times, towards our co-workers and even our parents. 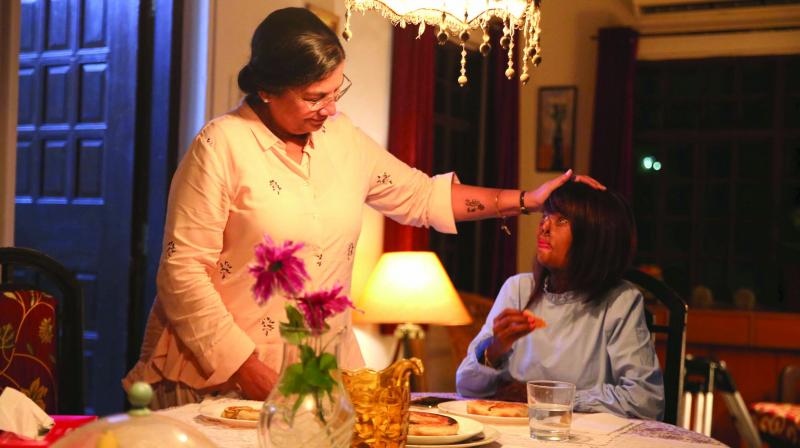 Anmol admits she was a bit jittery about playing Geetika. “I was nervous as well as excited as this was my first experiment with acting.

Happiness and sadness are part and parcel of life. And some people evolve because of the daily challenges in their lives. They refuse to give up, instead they evolve by accepting things as they are. They tap into their inner self and discover joy. A 20-minute film, directed by Adeeb Rais, focuses on how we perceive the world. The two lead characters played by Shabana Azmi and Anmol Rodriguez, have their own problems, but as they share their dreams, sorrows and beliefs, an unlikely friendship is formed.

“This is a story of two women from two different social backgrounds and facing a wall of stereotypes around them which starts to choke their dreams. However, breaking that wall would not be a tough task if you start to see yourself little differently,” says Anmol Rodriguez, the girl who survived an acid attack and who plays the role of Geetika in the film.

“Over the years, being a part of the media and advertising world, I have come across a lot of people who are superficial and pompous and crushed people. That’s where Geetika’s story originated from. Shabana ma’am’s track was a separate story I was toying with, about how society restricts people from doing things after they grow old. I realised clubbing both stories together would be more effective as the threads are similar and can have more of an impact,” says Adeeb Rais. 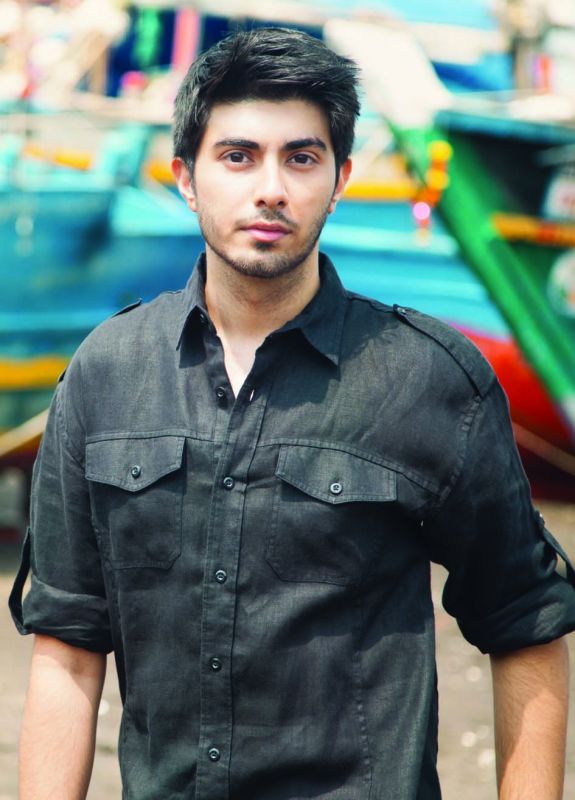 About what inspired him to make this short film, Rais says, “I wanted to make a film on the prejudices among the upper middle class, rich and educated lot of people in our society. There are many people who believe they are very forward thinking, compassionate and sensitive, but are actually not. This film was meant to be a mirror to them.”

Anmol admits she was a bit jittery about playing Geetika. “I was nervous as well as excited as this was my first experiment with acting. Of course I had done a musical before but acting is a whole different world. I wasn’t sure if I had the ability to do justice to a character of a writer but I must give credit to Adeeb for getting the character of Geetika out of me.”

“I believe we should not have expectations. However, we live in a society where we are dependent on each other directly or indirectly. So we do have few duties towards the society. The problem lies in our starting to fall in the trap of seeing ourselves through the eyes of people around us. Slowly we start to forget ourselves and live life as if we are just matching the expectations of others. We should start looking inward and never ever quit talking to ourselves,” she continues.

“I have a web series titled Yeh Crazy Dil lined up next month. It is a youth-based slice of life drama and something urban people will connect with and love. The series has some popular actors doing special appearances as well,” adds Rais, when asked about his future ventures.

The film is an attempt to rethink our behaviour at times, towards our co-workers and even our parents. And it gently tries to remind the ones at the receiving end not to let the negativity affect their lives.

Asked if he believes in never giving up, Rais says, “500 percent! There is too much pressure we all face all the time from society, our family and ourselves but sometimes achieving something takes time, requires patience and one has to stay focused on the goal and not fall prey to people putting them down and discouraging them. We give up easily and lack patience. The film industry itself is not an easy place to be. I have struggled for many years. Initially I faced a lot of rejection for being too young. People did not look at me seriously enough just because I did not fit the stereotypical image of a ‘serious filmmaker’. It was hard, but I continued to pursue my goal and slowly I feel I’m getting there. The mantra really works. Persistance always pays. I hope lots and lots of people watch this film and feel motivated to keep marching ahead towards their dreams.”