From Mumbai’s slums to Dallas’ streets 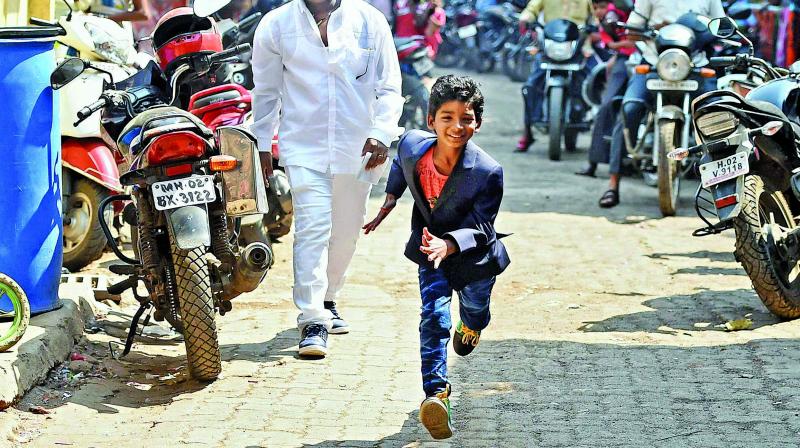 In the narrow lanes of slums in Mumbai’s Kalina lives an 11-year-old actor who recently achieved global recognition as the Best Child Actor for the film Chippa. Sunny was presented with two awards in the same category at the 19th New York Indian Film Festival 2019 and the 5th DFW South Asian Film Festival in Dallas, USA respectively.

“Acting in this film was indeed a very satisfying and enlightening experience. I am happy that I have won these awards for this film,” said Sunny, who gave the credit of this achievement to his parents. “They have been very supportive of my passion for acting and have always encouraged me to pursue it fully,” he added.

Directed by Safdar Rahman, Chippa is a story of a spirited boy (Sunny) in search of his father.

Over the course of six days, Sunny took his real father to both the award ceremonies. Talking about his experience in Dallas, he recalls it as a dream come true. “I am happy to be there and meet the director once again. A lot of people were there and I spoke to most of them,” recalled the young actor.

Though he can barely speak English, Sunny has already mastered the art of performing in front of the camera. For Sunny, acting in films is not new — He has previously played the child version of Dev Patel’s character in the internationally acclaimed 2017 film Lion. He was nominated for different awards in multiple categories for that role as well. Incidentally, it was Garth Davis, the director of Lion, who got Safdar in touch with Sunny. “Garth sir referred me to Safdar uncle and then he called my father to explain the story. My father and I liked the story so I did the film,” the actor said innocently.

A student at Air India Model School, Kalina, Sunny took 24 days off from school to complete shooting in Kolkata. “The director asked my principal for leaves. I would study on Sunday when I was shooting because that was my holiday,” he said.

When asked if he is currently working on any film, the actor says he is currently just enjoying his summer break. And as for which famous Bollywood actor he wants to work with, he said with a smile: “I like all the actors and want to work with everyone. But I like Rajnikanth.”