Ranbir unveiled the ‘Sanju’ trailer on Wednesday and within a day, there has been non-stop chatter about the film. 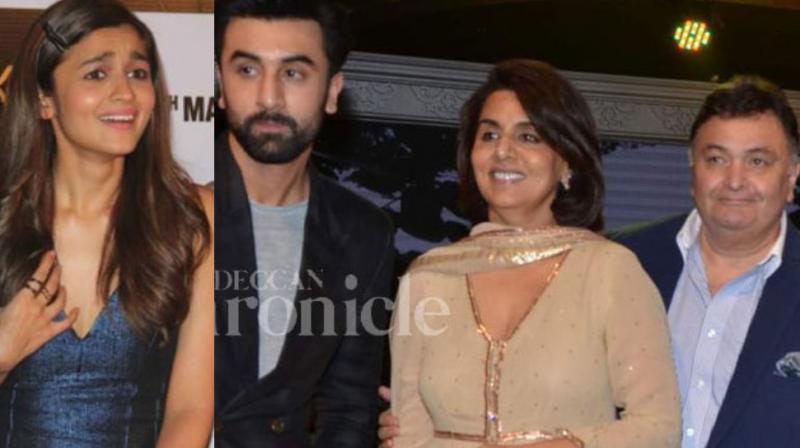 Ranbir Kapoor unveiled the ‘Sanju’ trailer on Wednesday and within a day, there has been non-stop chatter about the film. Adding to the list was Alia Bhatt, who is ‘blown away’ by the trailer.

When asked about Alia Bhatt, Ranbir told GQ, “It’s really new right now, and I don’t want to over speak. It needs time to breathe and it needs space. As an actor, as a person, Alia is — what’s the right word — flowing right now. When I see her work, when I see her act, even in life, what she gives is something that I’m aspiring to for myself.”

About the fire on RK studios, he said, “It was sad for my grandmother especially. I went to the studio with her - she was on a wheelchair and had tears in her eyes when she saw the damage. Perhaps this accident will spur my uncles and my father to think about doing more with the space.”

Further on, he adds that he would not direct or produce under RK banner. “RK Studios was what it was because of my grandfather — I don’t think I have the talent or the storytelling abilities to fly that particular flag. If I want to produce, I’ll definitely start something new, which I tried with Jagga Jasoos, with Anurag Basu. If I direct a movie, I’ll probably produce it, but not under the RK Studios banner,” he concluded.