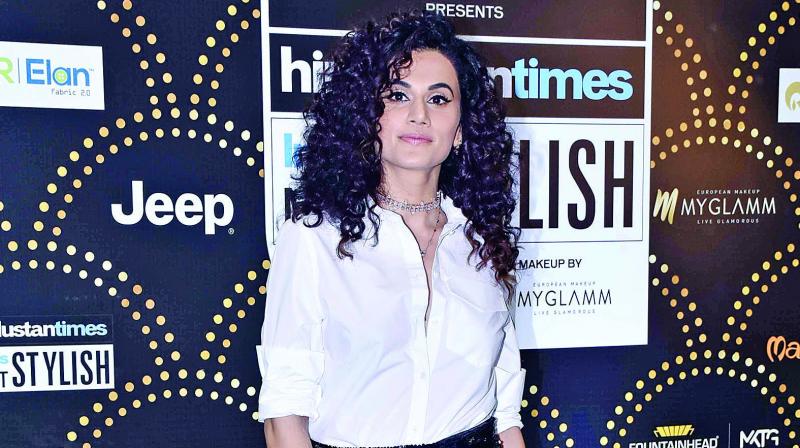 The Pink actress Taapsee Pannu is on cloud nine after her last outing with Mr Bachchan, Badla, proved to be a successful ride. The actress now feels that they deserve a hattrick together after Pink and Badla.

Tapsee says, “Now, I can convince him for a third one happily... Hattrick toh banti hai (It deserves to be a hattrick). When I read the script (of Badla), no one was signed. It is a testing time when you get into a project that, perhaps, doesn’t fit into conventional Hindi cinema.”

“It didn’t have songs, comedy or action. So, it was scary for us to see how the audience will react. Now we can really push the envelope as people are open to different kinds of cinema. Now we have that validation,” she adds.

Badla, the suspense drama starring Amitabh Bachchan and Tapsee Pannu, has kept the box office register ringing. And, the actress feels that one should credit the entire team for its success.

She says, “It’s not about being lucky but both of us are on the same page about what kind of films we want to do together. It’s not about him or me, it is about the team. Sujoy is the director and it’s his vision that makes a film and the entire team should get credit for it.”

Is Taapsee also eyeing at digital platforms like everyone else? “If I get something, which I feel I won’t get in mainstream cinema then I will experiment and try to come on OTT,” she concludes.