Priyanka Chopra has been quite a name in the US thanks to her character as Alex Parrish in ‘Quantico’. 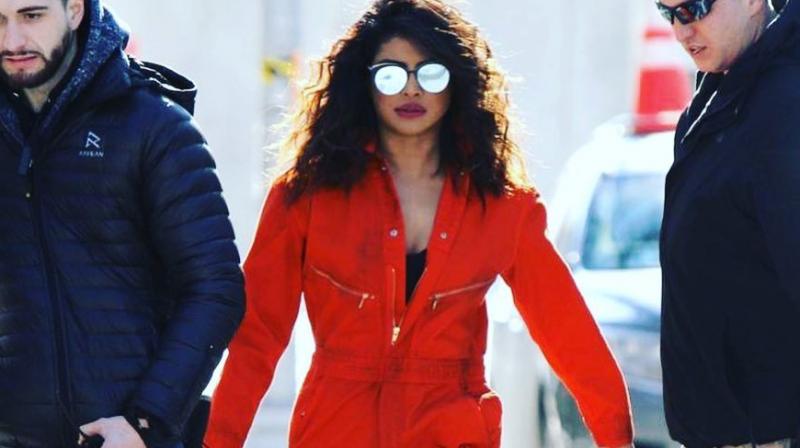 Priyanka Chopra on the sets of 'Quantico 3'.

Mumbai: Priyanka Chopra has been quite a name in the US thanks to her character as Alex Parrish in ‘Quantico’.

She bagged her Hollywood debut post doing the TV series, but it appears she is now not finding much scope in the show, which is why she is picking a Hindi film, which will most probably be Salman Khan starrer ‘Bharat’.

A source told Mid-Day, "Priyanka was quite taken by the script of ‘Bharat’. What also added to her excitement was that it would give her the chance to team up with Salman after a decade. But she's not signed on the dotted line yet."

"Priyanka feels the show will lose steam if they continue with more seasons. Before pursuing any more international offers, she wants to do a Hindi film," the source mentioned.

"Any clarity on Quantico's next season will only come after the third season has been aired. She won't say no to them if the next season is sanctioned, but she fears being repetitive," adds the source.