The film, which also stars Anushka Sharma in the lead role, is set to clash with Akshay Kumar's 'Toilet- Ek Prem Katha'. 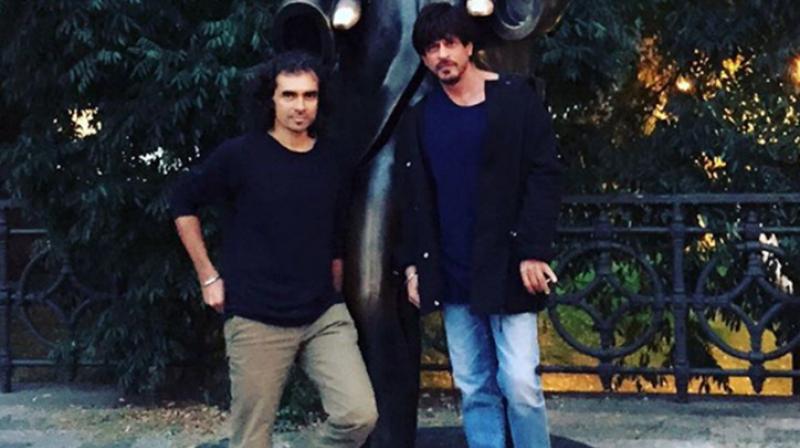 SRK and Imtiaz are collaborating for the vey first time.

Mumbai: Imtiaz Ali’s upcoming directorial is easily his most anticipated one till date, since it will see him directing none other than Shah Rukh Khan for the very first time. The film, which has Anushka Sharma as the female lead, is slated to release on August 11.

However, with just a few months left to its release, the film is yet to have a title. Though it was predominantly rumoured to be titled ‘The Ring,’ recently the title ‘Rehnuma’ had been associated with the film.

However Imtiaz had also squashed the rumours and stated that the film wouldn’t be called either.

But according to a report in Catch News, the film has been titled ‘Raula’.

Though there has been no confirmation as yet, one can’t help but observe the obsession with the letter ‘R’.

The film, which reportedly also has a cameo by Ranbir Kapoor, is all set to clash with in-form Akshay Kumar’s ‘Toilet- Ek Prem Katha’.