After Shriya Saran and Trisha Krishnan, the latest to be linked to Rana is Rakul, who has now reacted to it. 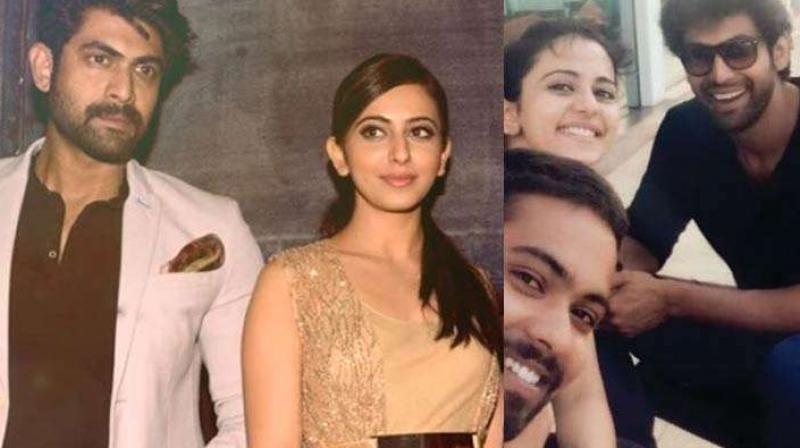 Mumbai: Rana Daggubati is as much remembered in Bollywood for ‘Baahubali’ as much for his rumoured relationship with Bipasha Basu around the release of their film ‘Dum Maro Dum’ few years ago.

While the Bong beauty is happily married to Karan Singh Grover today, Rana has gone on to establish himself almost as the ‘Ranbir Kapoor of South industry’, considering his Casanova image for link-ups with popular actresses from Tamil and Telugu film industry.

His link-up with Shriya Saran had made headlines and his kiss on Trisha Krishnan's cheek in the super controversial ‘Suchi leaks’ is well-known.

And the latest South actress to be linked to Rana is Rakul Preet Singh, with rumours of them being an item doing the rounds.

The ‘Aiyaary’ actress, however, has denied that there was anything brewing between the two.

“We’ve been hearing this for such a long time and (we) can’t help but laugh. This is just a rumour. Rana and I are very good friends. He’s there for me whenever I need him. I stay in Hyderabad, away from family, and there I have a group of 15-20 friends. Rana and I are a part of the group. So, we often hang out together and are neighbours, too. In the group, only two-three (people) are single, and we’re among them. And I think people tend to link those who are single,” Rakul told Hindustan Times in an interview.

She also joked, “In fact, I often tell my friends, ‘Guys, find me someone, what are you doing?’ And they are on it,” and then added, “On a serious note, I want to concentrate on my work. When love happens, I’d prefer to announce it rather than hide it.”

Parineeti Chopra had recently said she wouldn’t prefer dating or marrying someone from the film industry, but Rakul doesn’t share the same thoughts, “I think someone from the same industry or profession would understand my kind of work. But all said and done, one can’t decide with whom one would fall in love.”

We wonder if Rakul’s use of ‘good friends’ has the same meaning as Bollywood couples’ definition of the term, if not, let’s hope her friends succeed in finding her ‘Mr. Right.’