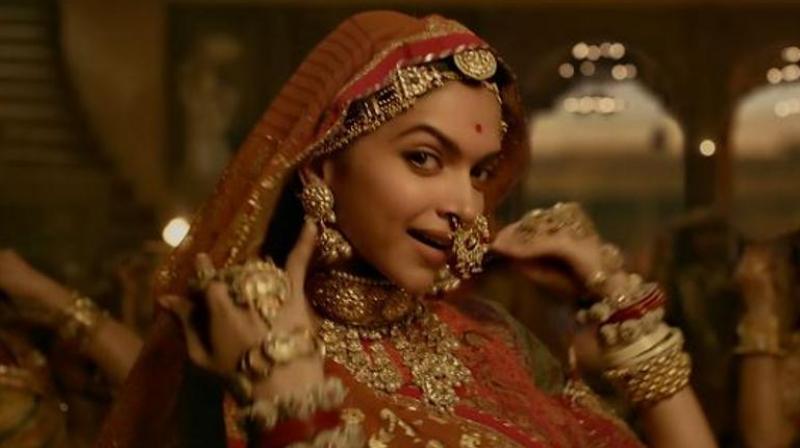 A still from Deepika Padukone's 'Ghoomar'' in 'Padmaavat'.

Mumbai: Thousands of miles away from the massive protests in India against Sanjay Leela Bhansali’s period drama 'Padmaavat', the film found support from Americans.

The popular Ghoomar song featuring film's leading lady Deepika Padukone, has become so famous that the cheerleaders during an NBA basketball match were seen grooving on this song. The crowd witnessed this moment during the match between Charlotte Hornets and Miami Heat in the United States of America on January 28.

Deepika Padukone also shared a video posted by The National Basketball Association (NBA), where American cheerleaders can be seen showing off some amazing dance moves on the song, Ghoomar. They looked adorable in a purple lehenga and were seen matching up to Deepika's steps from the song.

The actress captioned the video saying, ''Revisit the mesmerising moment when the sights and sounds of Ghoomar from Padmaavat took over Charlotte!''

‘Padmaavat’ stars Deepika Padukone in the role of Rani Padmavati while Shahid Kapoor plays Raja Maharawal Ratan Singh. Ranveer Singh plays antagonist Alauddin Khilji. The film opened to positive response from critics and audiences alike. The film that released on January 25, is currently having its dream run at the box office.