Entertainment   Bollywood  31 Jan 2017  'Nothing hurts me': Shah Rukh Khan on Roshans' remarks against him
Entertainment, Bollywood

'Nothing hurts me': Shah Rukh Khan on Roshans' remarks against him

The superstar doesn't feel the need to be justifying anything after accusations by Rakesh Roshan. 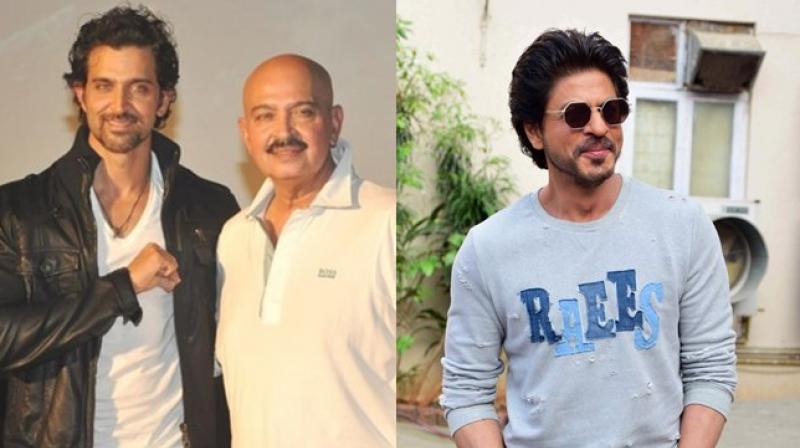 The talk of a clash between 'Raees' and 'Kaabil' has been dominating headlines since the past few days.

Mumbai: Shah Rukh Khan's 'Raees' and Hrithik Roshan's 'Kaabil's clash at the box office was not accepted gracefully by the team of the latter who claimed to have announced the release date first.

There were public rantings over choosing same date for releasing their respective films and the alleged unfair division of screens (initially, ‘Raees’ got 60% of the total number of screens, whereas ‘Kaabil’ got only 40%) even led Roshan Senior to threaten distributors of quitting filmmaking.

Despite the on-going tension, both the films have been marketed in the quirkiest ways possible and are performing exceptionally well.

While Roshans have openly expressed their displeasure over this distasteful fiasco of a fight, Shah Rukh Khan was somewhat quite. But now the superstar has finally put forward his opinion in an interview with DNA.

Does this public fallout with the Roshans affect him? “No, nothing hurts me. I know what I do, I know what feelings I have. And the main feeling that I have is I do things above board and honestly. I don’t need to say it to anyone or prove it, specially on a public platform. I don’t need to be justifying anything. I have been here long enough. I respect everybody and more than that, I respect my honesty and my earnestness in the way I do business so I am not going to react to XYZ or anyone saying anything about me. You can say, ask, complain or talk,” comes the reply.

SRK, despite all the mudslinging, maintains that he loves and respects Hrithik and Rakesh Roshan and wishes the best for them.

“Personally, I have huge amount of respect for Rakesh Roshan and Hrithik. I love them and I wish them the best. I think their film is doing good enough, they should be happy,” said Shah Rukh.

The movies’ craze among fans will fade out eventually but will the relationship get better, ever? From the looks of it, may be!