The court appointed two amicus curiae to watch the film and arrive at a conclusion on the scenes. 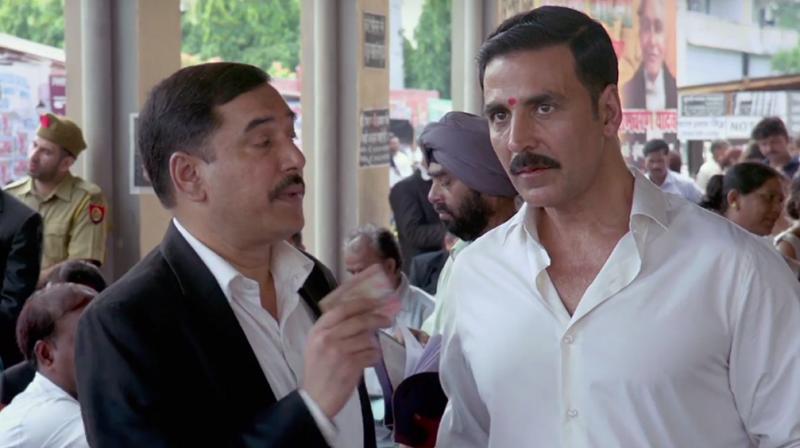 Mumbai: After objections were raised about the portrayal of certain scenes in Akshay Kumar's 'Jolly LLB 2', the matter will finally have to be resolved in court.

On Monday, the Aurangabad bench of the Bombay High Court reportedly appointed two amicus curiae (friend of the court) to watch ‘Jolly LLB 2’ to check if the makers of the film have projected Indian judicial system and lawyers in bad light.

Two lawyers, R N Dhorde and V J Dixit, would watch the film on Wednesday and submit their report on the same on Friday to the Bombay High Court. Once the report reaches the HC, the petition would be up for hearing.

The makers of this courtroom-comedy drama, which is slated to release on February 10, were asked by V M Kanade and Sangitarao Patil, justices of the bench, to organise a special screening of the film.

A lawyer from Nanded, Ajaykumar Waghmare, went to the Bombay High Court challenging the screening of the movie and demanded that the word ‘LLB’ be removed form the picture’s title. That’s not all, the lawyer has also sought removal of scenes where lawyers are seen playing cards within boundaries of the court and a judge hiding under the dais in order to escape objections during a court hearing.

The petitioner, who put forward his objections through lawyers V D Salunke and Pandirao Anerao, brought to light that whatever is “shown in the trailers of the movie released on electronic and social media and television channels is nothing but an attempt to portray the Indian legal profession and judicial system as a laughing stock to the society at large.”

"Whatever is shown on trailers, it is established that action and words used by the characters in the movie are defamatory in nature and having all ingredients to tarnish the reputation, dignity and status of the Indian legal profession and judiciary," claims the petition.

The petition argues that the freedom of speech and expression is subject to reasonable restrictions in relation to contempt of court as provided in Article 19 (2) the Constitution of India. The trailers of the movie are nothing but an attempt to project the Indian judiciary and legal profession in a derogatory manner, which fall under the definition of the Criminal Contempt under section 2 (C) of the Contempt of Courts Act, 1971.

The petition was filed on January 19 and CBFC issued certificate five days later, on January 24.