When Priyanka stepped into SRK's shoes only to 'smack' Karan Johar

The actress recreated a popular scene from 'Dilwale Dulhaniya Le Jayenge' along with Karan Johar and Rohit Shetty on a TV show. 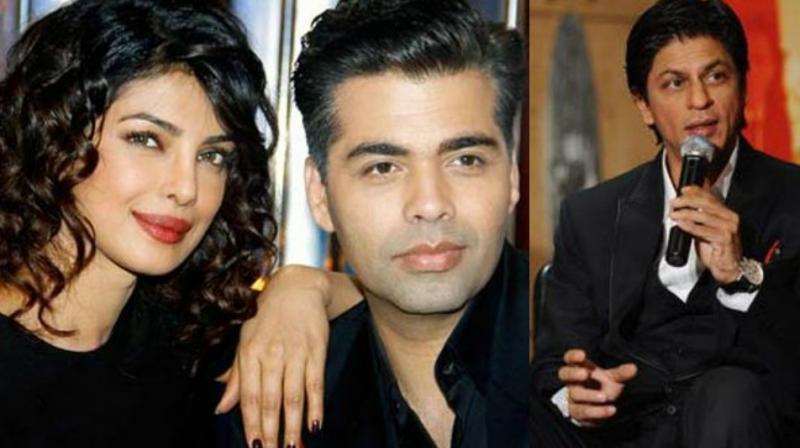 Mumbai: Despite no Bollywood films this year, Priyanka Chopra gets welcomed with warmth whenever she visits India after her international commitments.

Her recent visit is a testimony to this fact.

From a dazzling performance at an awards show to empowering statements at the Penguin Annual Lecture and a UNICEF event, the actress has been very much a part of the news.

While there is no certainty about her next Bollywood film, she did collaborate with two of the most popular filmmakers, albeit only for a TV show.

Priyanka was the first guest on the Karan Johar and Rohit Shetty hosted ‘India’s Next Superstars’ recently.

The actress was a part of an interesting act on the show, according to a report in Mid-day.

'Dilwale Dulhaniya Le Jayenge' happens to be one of Priyanka's favourite films and the actress insisted on re-enacting a particular scene where Karan, much before his 'debut' in 'Bombay Velvet', gets punched by Shah Rukh Khan when he visits Amrish Puri’s store to buy beer bottles.

Rohit became Amrish Puri and Priyanka stepped into Shah Rukh’s shoes as she smacked Karan and also revealed that he wanted to smack him ever since she saw the particular scene.

We’d like to see how the scene unfolds when the episode airs, and what was Karan’s reaction.

Also considering Priyanka and SRK’s alleged rift following their rumoured break-up, it was interesting that she still called the latter’s film as her favourite.