Virushka spotted in Cape Town, their reception hamper will make you jealous

Anushka will return in January for the shooting of the next schedule of Aanand L. Rai’s untitled film. 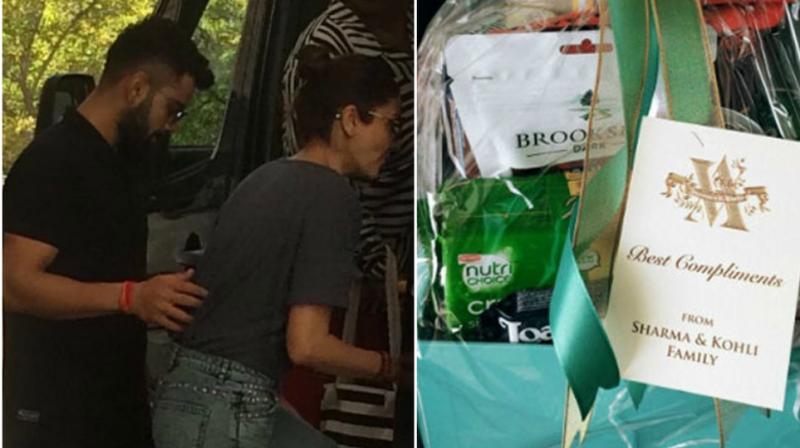 Mumbai: Virat Kohli and Anushka Sharma hosted their wedding reception in Mumbai on 26th December, but have you seen their hamper yet? Consisting of fit items, here’s a picture of it: 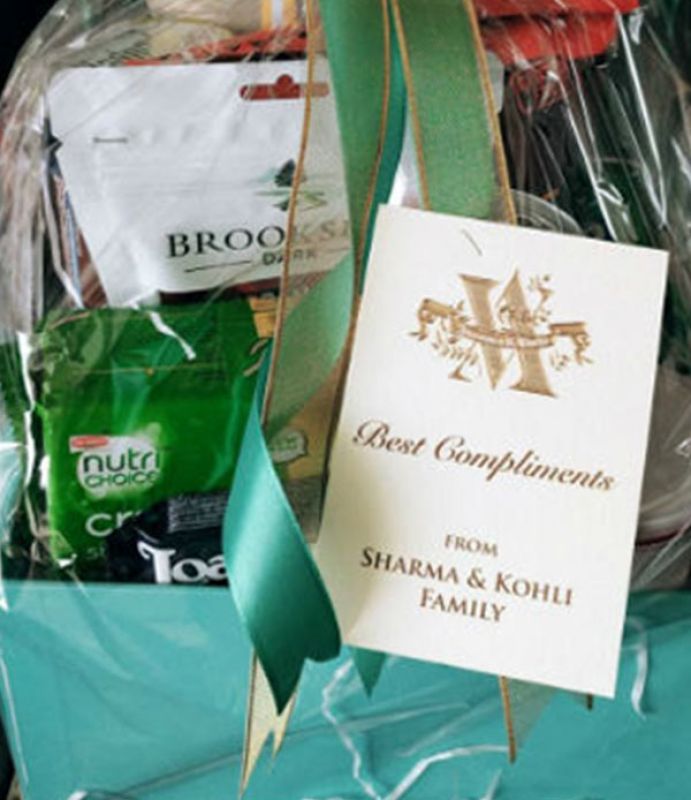 The newly-married couple is now in South Africa, where they will ring in their New Year along with Virat playing his match.

They were spotted in Cape Town, where Virat is seen carrying all the luggages while Anushka walks behind him. Here’s the video:

Love how like a caring hubby @imVkohli is holding both their trolleys & the rest of the bags after their long flight to SA 💗 @AnushkaSharma #Virushka pic.twitter.com/jmOeHI0zo0

Anushka will return in January as she has to start shooting for the next schedule of Aanand L. Rai’s untitled film with Shah Rukh Khan and Katrina Kaif. She also has to prep for her next film ‘Sui Dhaaga’ with Varun Dhawan and start with promotions for her upcoming production movie ‘Pari’.