It’s been a dull year for Bollywood

Renowned filmmakers like Vishal Bhardwaj and Imtiaz Ali’s experiments too didn’t work at the box office. 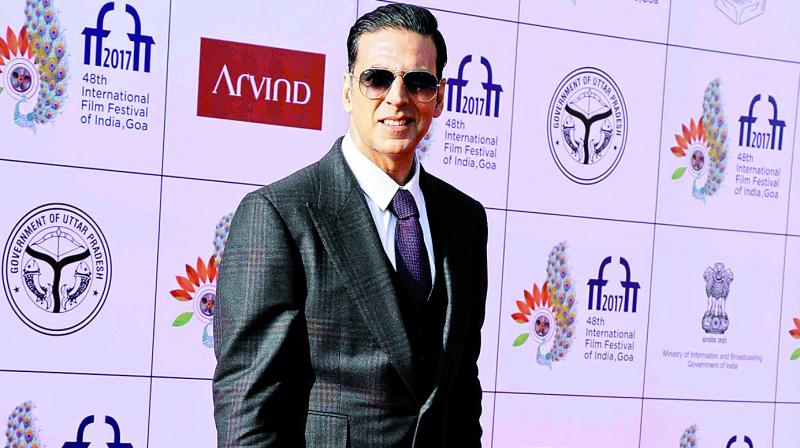 Without a major blockbuster releasing this year, nothing seemed to work for Bollywood except Akshay Kumar and sequels.

The fact is, it is the sequels and spinoffs had a ball at the box-office. The breezy films proved to be a non-starter at the box office. The year started with Aditya Roy Kapoor and Shraddha Kapoor getting together in Shaad Ali’s OK Jaanu to deliver a flop after the super-hit Aashiqui. The flow of flops never dimmed thereafter. The big Republic Day clash between Shah Rukh Khan and Hrithik Roshan in Raees and Kaabil proved to be a bit of a damp squib with both films underperforming at the box office, though neither was an outright flop. After Raees and Imtiaz Ali’s Jab Harry Met Sejal, Shah Rukh needs a very big hit to resurrect his superstardom.

Akshay continued to revel in socio-political relevancy. Jolly LLB 2 was about the loopholes in the legal system while Toilet: Ek Prem Katha took on hygiene and toilet amenities for women. We must salute Akshay Kumar as the hero of 2017 in a year desperately in search of heroes.

Baahubali: The Conclusion walked with accolades and the moolah this year.

Films starring female stars in the lead also continued to bomb one after another. Vidya Balan Begum Jaan bombed while Tumhari Sulu performed relatively better. Sonakshi Sinha’s Noor, Raveena Tandon’s Maatr and Manisha Koirala’s Dear Maya sank without a trace. The ones that did well were the Sridevi-driven Mom and the quirky sexy ensemble comedy Lipstick Under My Burkha. This film benefited primarily from all the publicity it got from its skirmish with the CBFC.

It took a small film with a big message called Hindi Medium to turn the tides. This Irrfan Khan-Saba Qamar starrer about a young couple’s struggle to get their daughter into an English-medium school, touched a chord.

Irrfan was another Khan who shone this year. He had another relative success  Qarib Qarib Singlle towards the second half of the year. The other Khan, the far bigger star Salman, delivered a thundering flop  with Tubelight, one of the biggest debacles  of the year. However, he recovered lost ground with Tiger Zinda Hai.

In the meanwhile, there is more heartening news with Mrigdeep Singh Lamba’s Fukrey Returns making rich profits at year-end. Rohit Shetty’s Golmaal Returns, once again got its stamp of approval from the audience.