Bollywood controversies of 2017: And that’s a wrap!

This year received its share of controversies and arguments that made us run for our tub of popcorn. 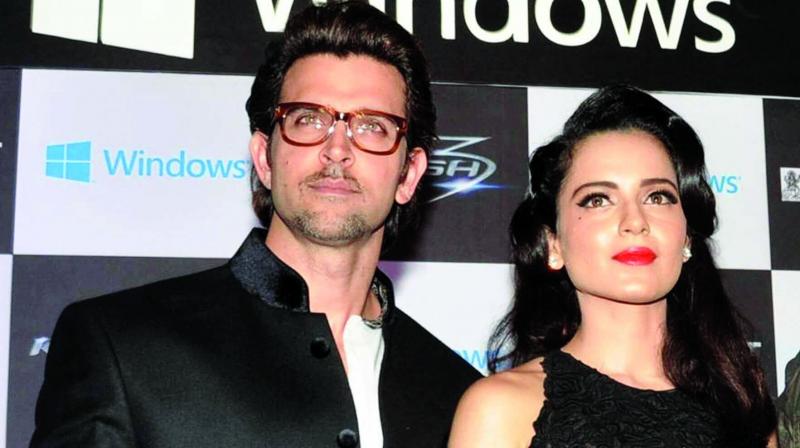 While one hopes to end the year on a happy note, 2017 has been no stranger to controversial headlines and even more controversial starry behaviour. We take a walk back in time, to talk about some of the biggest stories this year.

1. Controversy’s favourite child, Kangana Ranaut, made for news every time she spoke in public. She spent a long time elaborating on her alleged affair with Hrithik Roshan, something she spoke about first in 2016. The two reportedly began dating on the sets of Krrish 3, and slapped legal notices on each other.

2. Well, not just her romantic life, Kangana’s professional life sparked debates too. Remember nepotism? The word remained a favourite in Bollywood throughout 2017, with all parties weighing in. Kangana lit the debate when she appeared on Koffee with Karan and accused Karan Johar of being a “flag bearer of nepotism”. Undoubtedly, this has remained the controversy of the year.

3. Padmavati may not have seen the light of day yet, but the movie has been outraged against from the word go. After the sets of the movie were vandalised throughout the year, the Rajput Karni Sena threatened to cut off Deepika Padukone’s nose, as well as harm Sanjay Leela Bhansali over the movie’s release. Padmavati still remains postponed, despite the release date of December passing.

4. Bipasha Basu and her husband Karan Singh Grover endorsed a condom brand, and invited the wrath of trolls, who didn’t quite approve. A common theme that ran through these posts was the fact that Bipasha had to opt for the ad, since she wasn’t getting enough work in Bollywood.

5. Mahira Khan’s presence in Bollywood may have irked a lot of people in January when Raees released, but this wasn’t the end of troubles for her. The Pakistani actress was snapped smoking with Ranbir Kapoor on the streets of New York. Mahira was trolled mercilessly for not just smoking, but wearing a halter dress and ‘roaming with a Hindu boy’ too, amongst other things.

6. Mira Rajput’s comments on being a stay-at-home mom and comparing her child to a puppy was branded insensitive by many, especially since she shamed women who leave their kids behind to go and earn a living. “I love being at home, I love being a mother to my child. I wouldn’t want to spend one hour a day with my child and rush off to work. Why did I have her? She’s not a puppy. I want to be there for her as a mother,” she said. This left feminists seething in anger.

7. Sonu Nigam lashed out at ‘forced religiousness’ in India, after being woken up by the sound of the azaan from a nearby mosque. Such was the blowing up of the situation that he even shaved his head off in defiance of a fatwa issued against him.

8. Nawazuddin Siddiqui had to apologise and withdraw his book An Ordinary Life after a complaint was filed against him. The complaint noted that he had outraged the modesty of his Miss Lovely co-star Niharika Singh, while talking about their affair. Niharika slammed the actor for not taking her consent before sharing their personal equation with the world in his memoir.