Neil Nitin Mukesh and Rukmini Sahay’s royal wedding in Udaipur was followed by a star-studded reception in Mumbai. 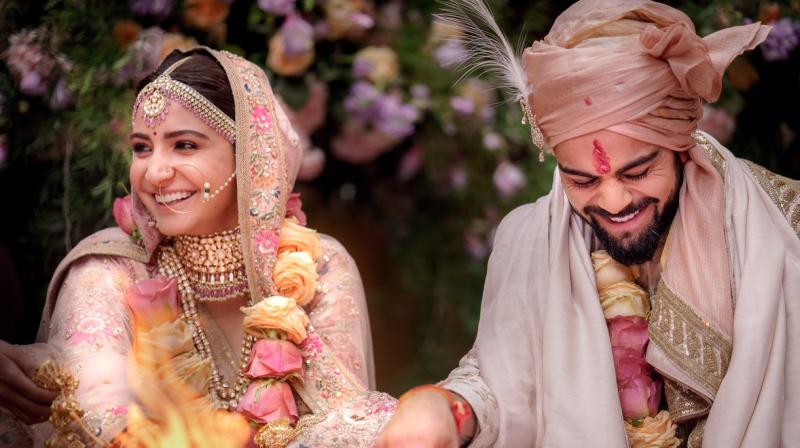 Virat Kohli and Anushka Sharma tied the knot in Italy on December 11.

The more Bollywood gets spoken about, the more a star’s personal life is put under scrutiny. Who they date, who they marry and who they have affairs with all become talking points. This year too saw a plethora of Bollywood celebrities tying the knot, some even as high profile as Anushka Sharma!

Hush-hush weddings were the flavour of the season, with Anushka and reportedly even Ileana D’Cruz getting hitched away from the media glare, even though the latter hasn’t made an official announcement just yet. However, there were some who headed for splitsville too. We take a look:

Anushka Sharma finally tied the knot with Indian cricket captain Virat Kohli in a hush-hush affair in Tuscany, Italy. The duo had been denying the wedding for a while, but finally made it public via their social media handles.

Theirs wasn’t the only cricketer-actor relationship this year. Sagarike Ghatge married former Indian fast bowler Zaheer Khan in a private ceremony in November. Only close family and friends were present. The two had exchanged rings in May in a grand engagement ceremony.

Neil Nitin Mukesh and Rukmini Sahay’s royal wedding in Udaipur was followed by a star-studded reception in Mumbai.  Aftab Shivdasani,who was last seen in Great Grand Masti, tied the knot with Nin Dusanj, in a private ceremony in Sri Lanka.

Ishita Dutta and Vatsal Sheth got married in November in a private ceremony in a Juhu temple. Interestingly, the two fell in love on the sets of a TV show, where they were made to sign a no-dating clause.