The producer of Big B starrer Jhund defended Nagraj Manjule saying his divorce doesn’t qualify as Me Too. 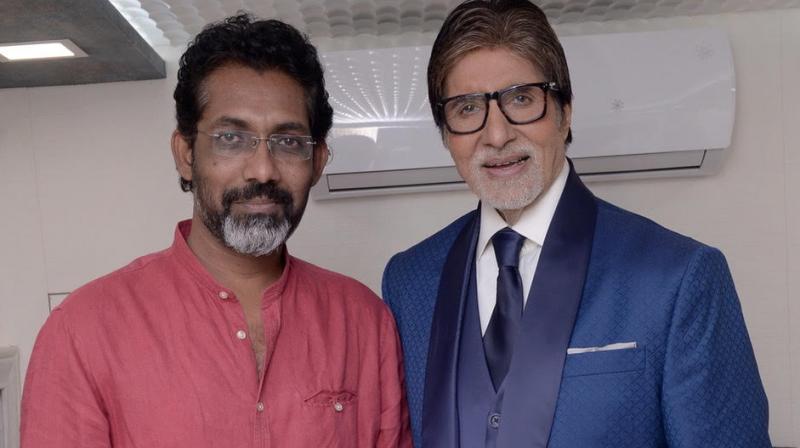 Mumbai: Superstar Amitabh Bachchan who is currently enmeshed in the ongoing new season of his popular quiz show, and gearing up for Thugs Of Hindostan, will start shooting for director Nagraj Manjule's Jhund. However, In the wake of the #MeToo movement, the ‘Sairat’ fame director recently grabbed limelight after his wife had accused him of harassing her, abusing and forcing her to go through abortions. The producers of Jhund have defended the Manjule and have stated that his divorce case does not qualify as Me Too.

Producer Savitaraj Hiremath’s statement reads as, “Nagraj ji’s divorce case with his wife is personal and has, in fact, even been settled. The case stands closed as of today. However, certain sections of the media have included Nagraj ji in the “#MeToo” category and are trying to show him in poor Light. But this not true.We, at the JHUND team, are aware of the matter and are clear on the stand that first of all there seems to be no case, leave alone one that fits in the # MeToo category. Further, we have internally checked the facts from the director and others and have found no basis for such allegations.”

Meanwhile, Big B's role in Jhund has been kept tightly under wraps, it's said that it will be one of the most charismatic avatars he has played onscreen. Mr Bachchan reportedly plays a professor who channelises the street kids to build a soccer team.

The total shoot duration is 70-80 days. Mr Bachchan will shoot for 45 days straight in Nagpur. The kids meet him and doing rehearsals two three days before the shoot. The street kids have undergone training and are now professional actors. The team will start shooting around mid November after Bachchan's KBC season finale.