Entertainment   Bollywood  30 Oct 2017  'I will always be excited to work with Deepika': Irrfan on working with her in Sapna Didi
Entertainment, Bollywood

'I will always be excited to work with Deepika': Irrfan on working with her in Sapna Didi

The actor reveals that his on-screen chemistry with his 'Piku' co-star will be different in the film 'Sapna Didi.' 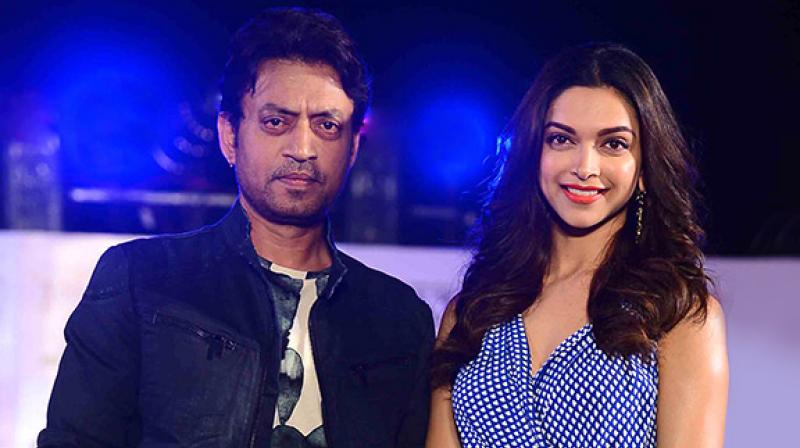 Mumbai: Irrfan Khan is all set to team up again with his 'Piku' co-star Deepika Padukone for their next venture 'Sapna Didi' and the actor reveals that their on-screen chemistry will be different this time.

The film is an adaptation of S Hussain Zaidi's book 'Mafia Queens of Mumbai' and is based on the life and times of Ashraf Khan, popularly known as Sapna Didi, to be played by Deepika.

Irrfan will play a grey character in the movie, to be directed by Honey Trehan.

In an interview with PTI, Irrfan says, "I will always be excited to work with Deepika. I am all the more excited this time (as to) how our chemistry (will) work. In this film, I am not (portraying) a decent or civilised man, so our equation in this film is completely (different from 'Piku')...

"She is the most beautiful person and a good human being. It gives me happiness when I see Deepika."

Irrfan says the makers are currently working on the final draft of the film's script.

The movie, produced by Vishal Bhardwaj, is scheduled to release on October 2 next year.