Satyajit Ray could not finish a film with Amitabh as the actor charges exorbitant amounts. 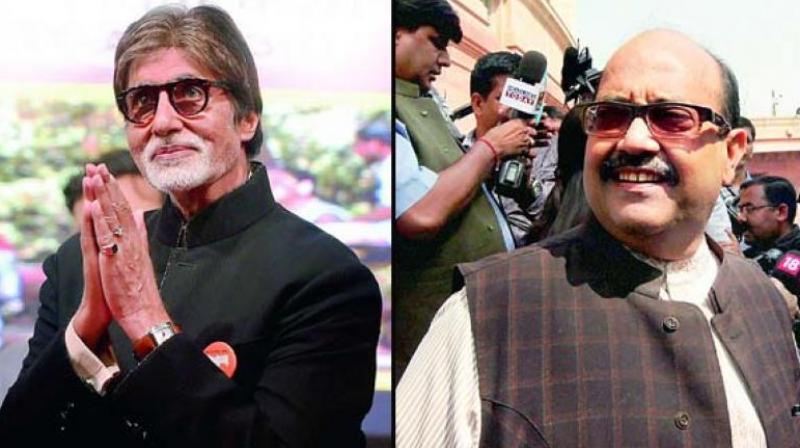 Besides his political connections, Amar Singh is known to have friends in the world of glitz and glamour, all over the world.

Unfortunately, sooner or later, Amar  ends up in their bad books. On being quizzed, Amar laments, “It’s in my nature to be present whenever my friend is in a problem. But once their work is done they start avoiding me.”

The politician was present at the trailer launch of Game of Ayodhya, a love story showing the reunion of a Muslim girl and a Hindu boy, set in the backdrop of the Babri Masjid demolition. At the event, he was asked about his tumultuous friendship with megastar Amitabh Bachchan, and if he would be seen playing a role in the film.

“Go read director Satyajit Ray’s memoir, where he mentioned that he could not finish a film with Amitabh as the actor charges exorbitant amounts. And in the amount we will spend on him we can indeed complete at least two films,” he quipped.

As far as the movie goes, he believes it promotes communal harmony. “The film shows a Muslim girl and a Hindu boy in love, which merely shows that we, as human beings, are all one. There need not be any discrimination in the name of religion. We are trying to bring communal harmony to the forefront with this saga.”