With Inshallah on the backburner, Salman is now weighing other options that will help him meet the Eid 2020 release date. 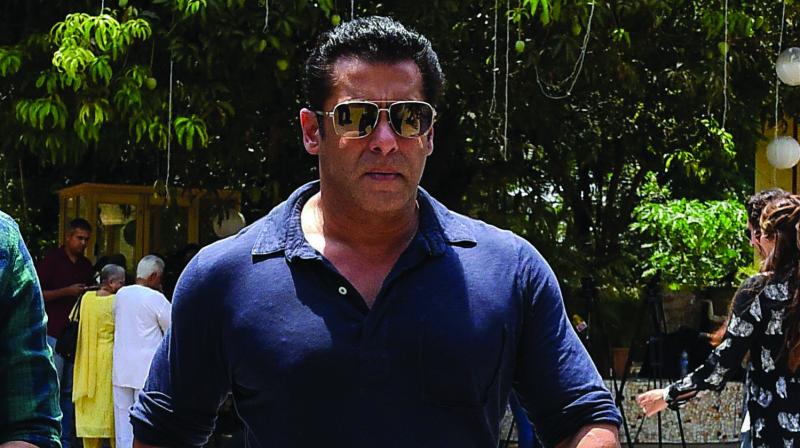 With Sanjay Leela Bhansali packing up Inshallah even before shooting started, Salman Khan’s ego has taken a big bruise. As far as the won’t-take-no superstar is concerned, he must make it into theatres for Eid 2020 by hook or by crook. If not the great Sanjay Leela Bhansali, then Salman will settle for buddy Sajid Naidawala, or even Subhash Ghai, with whom he had a massive fallout.

We hear that as soon as Inshallah was called off, Salman contacted Nadiadwala to ask if their Kick sequel can be rush-released in Eid 2020. Nadiadwala, who never says no to anything Salman-related, is wondering whether the script can be readied in time. “Nothing about Kick 2 is finalized, except Salman of course. There is no script as yet. Nadiadwala is committed to getting the Kick sequel into theatres by the end of 2020. Let’s see if he can manage an Eid release,” says a source close to the development.

In addition, Subhash Ghai, whom Salman once insulted publicly in unmentionable ways, has also coaxed the star to do a film for him. Apparently, Ghai wants to direct, but not produce, a remake of Khalnaayak. Since the script for this one is all set, Salman may just opt to do this instead of Kick 2.

Ghai, who tried directing newcomers in his last directorial Kaanchi, had once condemned the blind dependence on a handful of A-listers to carry a film to the box office.

“For 70 years I’ve been hearing that story and treatment are all that matters. Unfortunately, the whole trade seems to be controlled by stars rather than the story. Then there’s this new trend of 100-crore and 200-crore clubs. But in the end, the producer gets just 10-20 percent of the profits. Earlier there were lasting relationships with exhibitors and distributors. Eleven of my films were proudly premiered at Metro cinema in Mumbai. Now if they see four empty seats they pull out of my film.”