Entertainment   Bollywood  30 Aug 2018  ‘Mitron' has nothing to do with PM Modi, not looking for cheap publicity: Director
Entertainment, Bollywood

‘Mitron' has nothing to do with PM Modi, not looking for cheap publicity: Director

Nitin Kakkar, best known for ‘Filmistaan’, says the use of the word was important as the film is set in Gujarat. 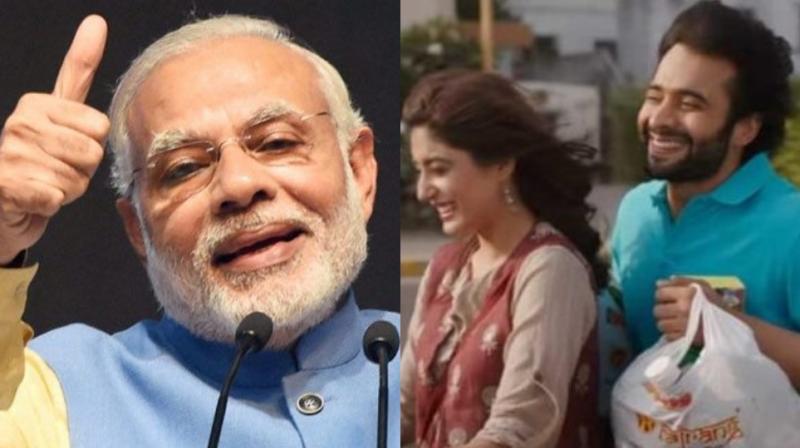 Mumbai: Director Nitin Kakkar, best known for ‘Filmistaan’, says his next directorial venture ‘Mitron’ has nothing to do with Prime Minister Narendra Modi.

It was the PM who made 'Mitron' popular in his public addresses.

"Our film is about friendship and is set in Gujarat, so the costumes, sets, dialogues are led by the backdrop. Similarly, friends in Gujarati are called mitra or mitron, so the title.

"It has nothing to do with Narendra Modi, we completely love and respect the chair he holds and have no intentions to get cheap publicity whatsoever. He does use it (word) often, but then he is from Gujarat too," Nitin told PTI.

The film is a remake of Telugu film ‘Pelli Choopulu’, and the national award-winning director felt it was a great offer to helm the Hindi version.

"When you pick up something that is already made, it becomes a fresh script again as you set it in a different world. Culturally, things do change, but characters somewhere remain the same. In a way, to do this film again in a different language, the set up was challenging and difficult but in a positive and exciting way."

Usually, remakes are considered a safe bet from the business point of view, but the director says there is "no formula to make a safe film".

"One should not make a film because it's safe, one should make a film if the script excites you...and not have a fear to fail. Nothing can guarantee success, one can only work hard and hope it works."

The film stars Jackky Bhagnani and Kritika Kamra in the lead and is slated to be released on September 14.