Entertainment   Bollywood  30 Aug 2017  When I'll talk to him, will know what was wrong: Ajay on Kapil's no-show at shoot
Entertainment, Bollywood

When I'll talk to him, will know what was wrong: Ajay on Kapil's no-show at shoot

The actor has denied that he walked off from the sets of 'The Kapil Sharma Show' following Kapil's failure to turn up. 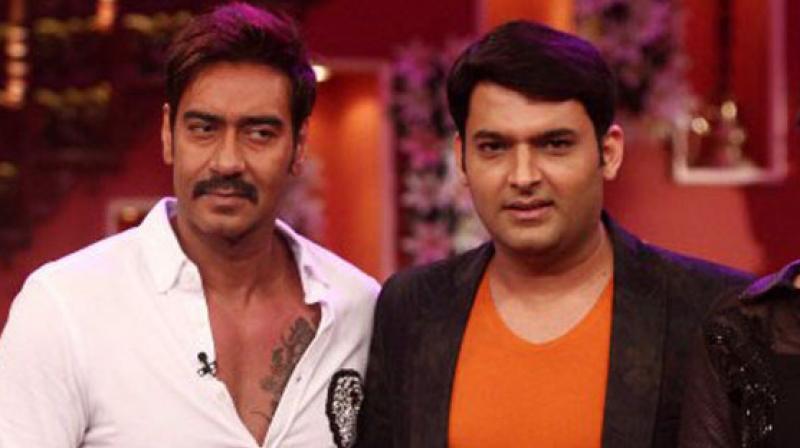 The bonding between Ajay Devgn and Kapil Sharma was very much visible during the shoots of the previous episodes.

Mumbai: Actor Ajay Devgn has denied that he walked off from the sets of 'The Kapil Sharma Show' after the host Kapil Sharma cancelled the shoot reportedly at the last minute.

According to reports, the 48-year-old actor, who was going to promote his upcoming film 'Baadshaho' on the show, was angry with Kapil.

"Shows have been cancelled quite a number of times. I really don't know what happened exactly. But reports said that we left the sets in anger. We did not leave in anger. We left as he had not reached the sets till then. He's a friend.

"When I'll talk to him next, we'll get to know what was wrong. Kapil must have had some problem. But I really don't know. So, if there is anger or not, I can't really answer your question," Devgn said when asked about the reports.

The actor was in the capital to promote the Milan Luthria-directed film.

When a reporter said even Shah Rukh Khan was miffed with Kapil, Devgn dismissed the claim.

"There is nothing like what you are making it out to be. Nobody has boycotted going to his (Kapil's) show. Shah Rukh has not issued any statement. There is nothing like that. We are colleagues. All of us want to do a better job. There's good faith whenever we meet," he said.

The film is slated to release this Friday.