No prizes for guessing: Katrina saviour for Salman’s Bharat after Priyanka ‘walkout’

The actress has been confirmed as the leading lady of the much anticipated Salman Khan starrer directed by Ali Abbas Zafar. 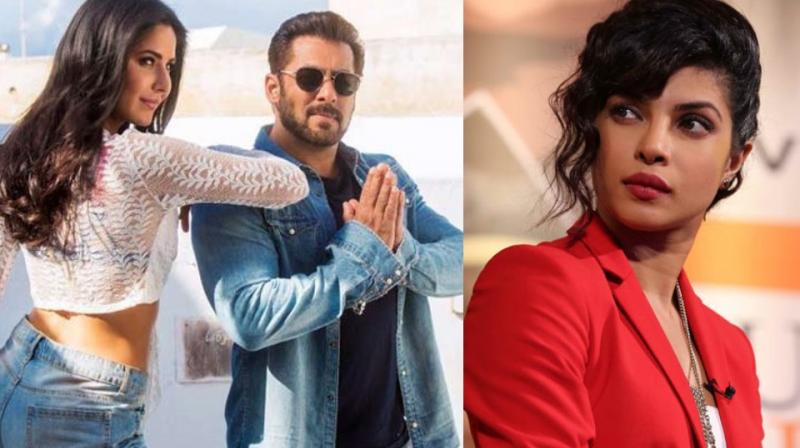 Before Katrina Kaif’s entry in Salman Khan’s ‘Bharat’, Priyanka Chopra walked out of the film for her alleged engagement.

Mumbai:  It’s official! In news that many saw coming after Priyanka Chopra left Salman Khan-starrer ‘Bharat’ 'in the lurch' by quitting the film over alleged engagement with Nick Jonas, Katrina Kaif has replaced the ‘Desi Girl.’

Ali Abbas Zafar, who has been main source of communication for the film, right from confirming the actors, informing about Priyanka’s ‘in Nick of time’ decision and assuring fans that a new lady will be signed soon, confirmed the news, again mentioning the ‘Nick’ angle.

He told Mumbai Mirror, “I am extremely excited to work with Katrina and Salman again. We have had exciting collaborations in the past. Katrina got on board in the Nick of time for this project.”

Previously, along with Katrina, Jacqueline Fernandez and Kareena Kapoor Khan were also in the running, going by reports.

Considering their recent film ‘Race 3’ and in the works ‘Kick 2’, Jacqueline lost out and with Kareena reportedly giving her dates to another film, most likely for a Karan Johar production opposite Akshay Kumar, Katrina was the obvious choice.

Ali, who gave Salman and Katrina hits with ‘Sultan’ and ‘Mere Brother Ki Dulhan’ respectively, had recently directed the pair on ‘Tiger Zinda Hai’, which was a Rs 300-crore club blockbuster and with ‘Bharat’, they will surely try to up the ante.

The first step to that mission will be a Holi song that Salman and Katrina Kaif will shoot in September.