Well-informed sources say Pooja’s film will be a groundbreaking film featuring Alia in a role she has never done before. 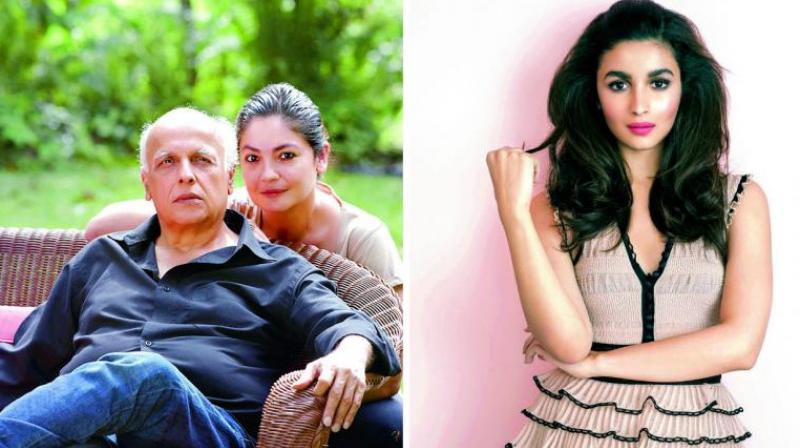 Fans of the father-daughter duo of director Mahesh Bhatt and actress Alia Bhatt will probably never get to see them working together, as Mahesh won’t break his no-direction vow, even for his darling daughter. However, there is good news from another branch of the Bhatt family tree.

Mahesh’s firstborn, Pooja Bhatt, is planning to direct her kid-sister in a film that promises to take the rapidly rising Alia to another level of excellence.

Earlier there were reports of Mahesh  directing Alia in a remake of Dil Hai Ki Manta Nahin which had originally featured Pooja. Both Mahesh and Alia rubbished those reports.

“I don’t think a film with my father will happen. He is sure he won’t direct again. But Pooja, yes, why not?” says Alia.

Well-informed sources say Pooja’s film will be a groundbreaking film featuring Alia in a role she has never done before.

Says Pooja, “I do have something in mind for Alia. But it’s too early to talk about it right now.”

Pooja’s fondness for her baby sister is unconditional. “Alia is much smarter and far more worldly-wise than me. When Zakhm was being telecast, I got a message from an unknown number praising me and the film. It was only later that I came to know it was Alia texting me from her maid’s number. So, don’t let that baby-doll look fool you. There is a sharp mischievous mind at work there,” says Pooja with absolute sibling pride.