Amitabh Bachchan advised me to never take a break in my career: Anil Kapoor

The ‘Mubarakan’ actor says that he was advised by megastar Amitabh Bachchan to never take a break in his 38-year-long journey. 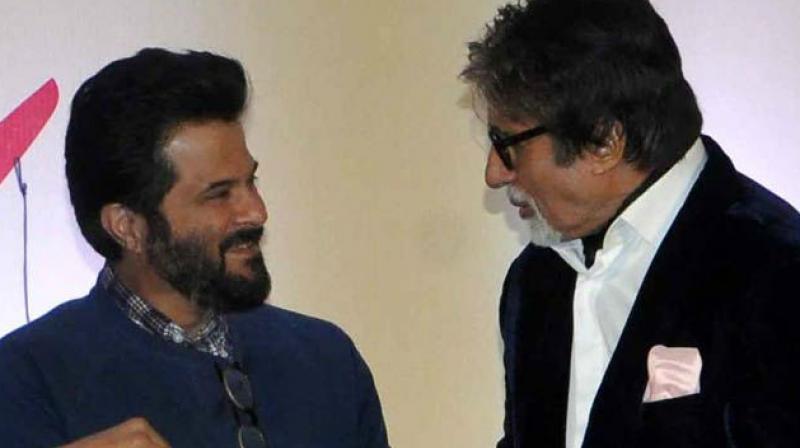 Mumbai: Anil Kapoor is one such actor, who can easily give complex to the gen-next actors. Even at 61, he looks and is as energetic as a 28-yesr-old. In the 38-year-long journey of Kapoor’s life in the film industry, never came a lull phase for this actor. But, what is it that keeps him moving? Here is the answer straight from the ‘jhakaas’ actor itself.

The ‘Mubarakan’ actor says that he was advised by megastar Amitabh Bachchan to never take a break in his 38-year-long journey. Mr. Bachchan advised him to “never commit such a mistake” of taking breaks from Bollywood.

"I always look up to Dilip Kumar, Amitabh Bachchan, Naseeruddin Shah and Kamal Hassan, who are great actors," Anil said on a TV show.

"Amit ji took a five-year break after doing 'Khuda Gawaah'. He had gone to New York to live a normal life. I had gone there while shooting for 'Meherbaan'. I met and told him, I was tired after working for 25 years in films, and wanted a break. He told me, ‘Never commit such a mistake in life. Never take a break (from films).' And that’s when in no time I locked two films.”

Anil exclaimed that one of the special memory of his life was to "receive the coveted Oscar (for 'Slumdog Millionaire') on stage".

"All actors or directors across the world nurse a dream to receive an Oscar. I had a small role in the film. This feeling of joy shall remain in my heart till the end," he said.

"Receiving the National Award for 'Pukaar' was also a great moment for me. The film was quite underrated and it did not fare well because at that time Hrithik Roshan's film 'Kaho Naa... Pyaar Hai' had become a big hit. When I got the National Award, I felt redeemed and I realised that the fruits of labour are indeed sweet," he added.

Fashionista Sonam Kapoor, daughter of Anil Kapoor, recently bagged the National Award for Best Actress for her performance in ‘Neerja,’ and sharing his excitement about it, the proud daddy said, “For me, that moment gave me greater joy than the Oscar moment. When I saw my daughter walking up the stage and receiving the award from (then) President Pranab Mukherjee, it was a blissful moment for me."