We live in a misogynistic world: Shruti Haasan

Shruti Haasan, who completes a decade in Bollywood, chats about her new show, misogyny in films and being a feminist. 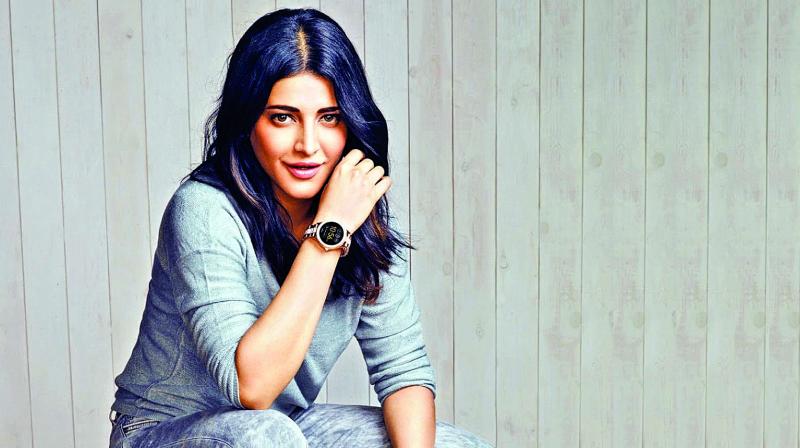 After almost a decade in the industry, Shruti Hasan doesn’t bother about people’s perception about her. The actress who started her career opposite Imran Khan in Luck reveals how the industry has made her thick-skinned over the years. “I wasn’t this thick skinned when I started off. At times, I tried to portray confidence because I was super sensitive. It is not that I am not confident but my sensitivity was higher than my confidence and very unrealistically so,” she says. It took her many years to finally stop bothering about people’s opinions. “I was hypersensitive which makes me a good artist but not a practical confident woman. It’s been an amazing journey from my lowest point when I didn’t know who I was to now when I have finally figured that out. People may have a problem with it but it’s fine,” she added.

Shruti is now taking a plunge and making her foray into Hollywood with ABC Network’s Treadstone. She will be seen playing the role of Nira Patel, a trained assassin who lives a double life as a waitress in Delhi. Talking about her role she says, “I just take it as a great work opportunity. When you start considering it as a big deal, it gives you unnecessary stress. As an artist, it’s a great opportunity. I think it’s amazing because I really wanted to work in all languages.  Within India, I have done films in three languages and it feels great to do something in English now.” 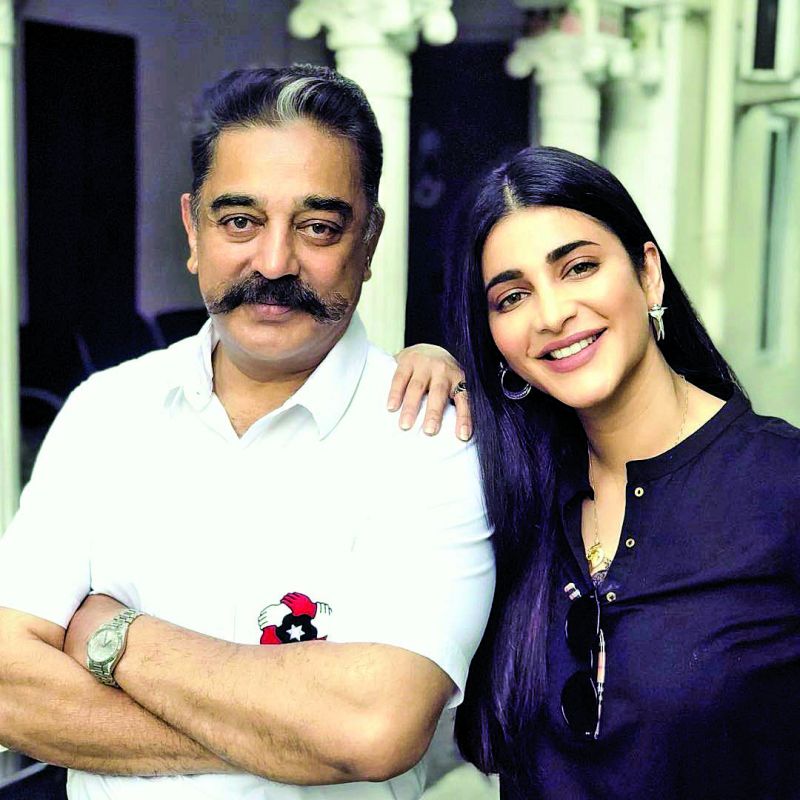 The actress has always been very vocal about her views and never hesitates to speak her mind. When asked about her take on misogyny in films such as Arjun Reddy or Kabir Singh, she says, “I haven’t seen the film so I can’t comment on it. But I am sorry to say that we live in an extremely chauvinistic and misogynistic world. Though there are liberal and educated people, but overall there is chauvinism. When was the last time when somebody let you get out of the elevator first? On a daily basis, as women, we have to deal with this.” The actor further explains that it is up to women to choose their paths. “I have a lot of people tell me ‘Oh you are a feminist, so you want the door to be opened for you.’ No, I open the door for other people be it men, woman or older people irrespective. No film is standing out as misogynistic on purpose. The problem is on a daily basis there is male hierarchy. I as a woman have two choices; one is to complain about it every day or be the strongest feminine force that I can be and that’s what I choose,” says the actor and explains how she is particular about the roles she chooses. “One trend the way modern and liberated woman in India is portrayed. They have to talk about getting laid, drinking and that’s not right. We have our own way of expressing our independence and feminism. So I loved the director’s vision in my upcoming Tamil film Laabam. It is about social awareness and is fantastic.” The film is set in a village and has characters that are author backed. “I realized that people in the villages are more matriarchal than we are in urban cities. The characters are so powerful and feminist without even trying to be. I try to do roles that culminate into something which makes sense to me as a woman,” she added.

During her initial days in the industry, she was often compared to her superstar parents Kamal Hasan and Sarika but that didn’t bother her much as she felt those comparisons to be illogical. “I really appreciate when people see my own identity. When I started off at that time, I didn’t take my comparison with my parents seriously because it didn’t seem logical to me. How do you compare anybody with someone who has had such illustrious career? But I was very particular to get out of that box. I was focused on charting my new course,” she adds.

Talking about her father Kamal Haasan’s foray into politics she says, “I am really amazed because I didn’t realize that it was so much hard work. I have started reading more about it only after dad has gotten into it. Now when he is talking about something I can actually reciprocate and be able to more supportive. There is a lot of work and he is really tough skinned.”

The actress also recently parted ways with her boyfriend Michael and had also posted about this on Instagram. Talking about that she said: “There have been speculation about my personal life which I have never spoken about. It didn’t work out and you have to deal with that. I am happy that there are female fans who like me because they see an honesty in me and not the picture perfect or photoshopped version of my life,” she added.