After starting her career as a costume designer, the actor has decided to teach and learn as her new journey begins. 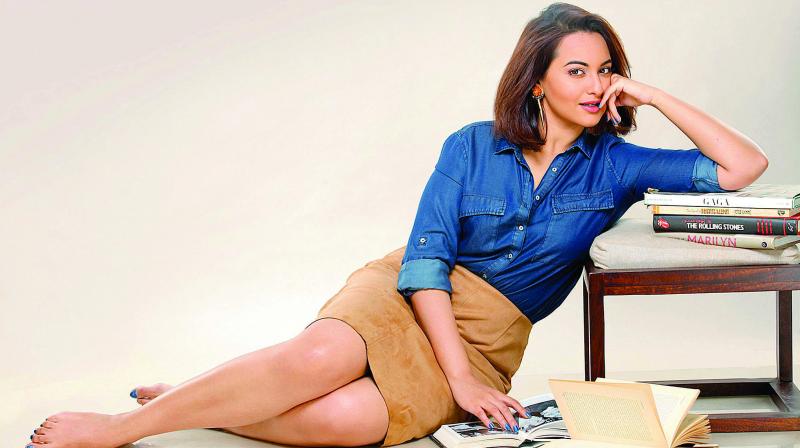 Sonakshi Sinha is going to follow her heart and make it into the fashion world all over again, but in a completely new avatar. This time, she is going to judge a fashion show, with giving utmost priority to teaching and learning along the way.

The fashion reality show is unique in itself. The glam industry has always ruled the big screen as well as silver screen. But this time, it is going to awe the online audience with its charm. Talking about what has propelled the actor to take such a decision, Dabangg fame shares, “I have always strived to do something different and new, and I jumped at the opportunity to judge India’s first ever hunt for the biggest fashion influencer. Through the show we want people to be inspired to embrace fashion and not be intimated by it.”

Though Sona has expertise over acting and has appeared on a number of television reality shows such as Nach Baliye, Indian Idol and Om Shanti Om, this is entirely a different experience for Junior Sinha.

As a judge, this time she says theparameters that she would be assessing of the participants will be the hunt for comfy-fashion. The Bullet Raja girl says, “I’ll be looking for fashionable men and women who create and own their own styles and not just replicate stuff off the runaway. Confidence is another parameter that would be high on my judgement radar because I believe good fashion stems from great confidence. So basically surprise me, make me smile, leave me in awe, make me gawk at you and your indomitable and most importantly be true to yourself…and you have my vote.”

The Bollywood diva has evolved in every way. Be it handling a situation, or her acting skills, to choosing exceptional scripts the Sonakshi has learnt to keep up with the pace. Her fashion sense has evolved with time as well.  But being under the scanner of camera each moment takes a toll on a star’s life. Asking if she has become conscious about the fashion critics while picking your outfits, thefashion designing graduate chirps, “Comfort first has always been my style mantra. I have always been open to experimenting because unless you do, you don’t learn. I’ve made mistakes but what’s a journey without any misses.  Fashion policing doesn’  t bother me. Everyone has an opinion and they will say regardless of anything you do. So, I ignore them because I go with something that I am confident and comfortable in, everything else is not important.

According to the Sinha Ranveer Singh is her favourite fashion icon because he is a complete chameleon and he is not afraid to take risks and has a strong personality. He might not dress up in a conventional way but can carry off absolutely anything and thus deserves to be given the title of Fashion Superstar. Judge’s witty choice, right?