The trailer of the upcoming flick is all about the dreams, suffering, and love of 'Saheb', 'Biwi', and the 'Gangster.' 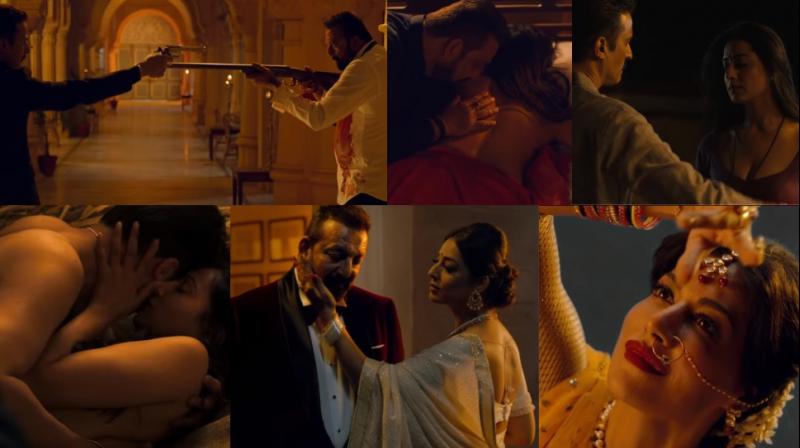 Screengrabs from the trailer of ‘Saheb Biwi Aur Gangster 3.’

New Delhi: Sanjay Dutt unveiled the trailer of his upcoming flick 'Saheb Biwi Aur Gangster 3' and it is all about the dreams, suffering, and love of 'Saheb', 'Biwi', and the 'Gangster.'

Similar to the other installments in the franchise, Jimmy Sheirgill plays the royal 'Saheb', while Mahie Gill plays his 'Biwi'.

The new additions to the film series are Sanjay Dutt and Chitrangda Singh.

Sanjay returns as 'Khalnayak' and plays the 'Gangster' in the film, while Chitrangda essays the role of his love interest.

There is also a blink-and-miss appearance of Soha Ali Khan in the trailer.