We see some of the most poular model-turned-actors at this fashion show held in New Delhi in 1990. 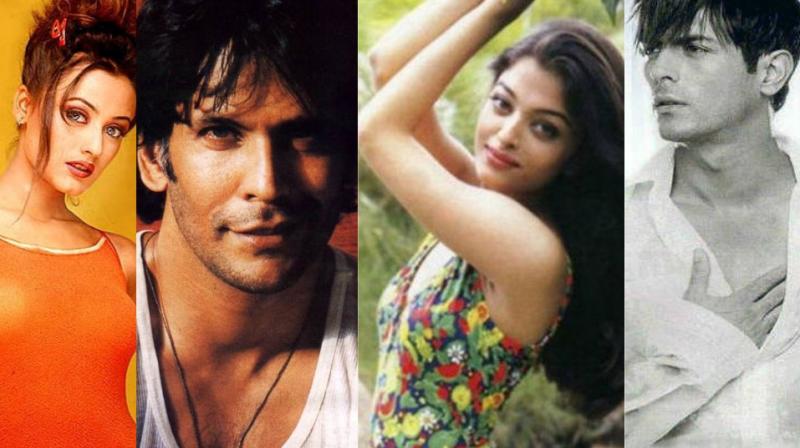 Mumbai: Nepotism has always dominated the Indian film industry, the talk of which has been rampant since Kangana Ranaut’s onslaught at Karan Johar on ‘Koffee with Karan.’

However, the truth is it’s not just the star sons and daughters, but many who have made it big in Bollywood without any godfather.

On one hand, there was Shah Rukh Khan who flourished purely on his acting talent, on the other hand, there were scores of them who shot to limelight through their modelling endeavours.

We recently got our hands on a video featuring some of these celebrities who went from the ramp to a film set.

We see former Miss India winners Aishwarya and Namrata, today famous as Tollywood star Mahesh Babu’s wife, and who were not crowned then, walking together (0.31 seconds onwards), while the former Miss World makes an appearance at the end of the video as well.

We also see two of the most famous models of the country of that era, Arjun Rampal (in purple) and Milind Soman (in white) in similar hairstyles (2.03 onwards).

Himanshu Malik, of Mallika Sherawat’s ‘Khwahish’ fame and Marc Robinson with his long locks, make an appearance at the start of the video, and are seen in the later segment with the other men in shorts along with Rahul Dev in light yellow T-shirt.

Stars were not born stars, and this video proves they had quite a journey before they became one.