The superstar recently opened up on his first love story, which didn’t have a ‘happily ever after’ ending. 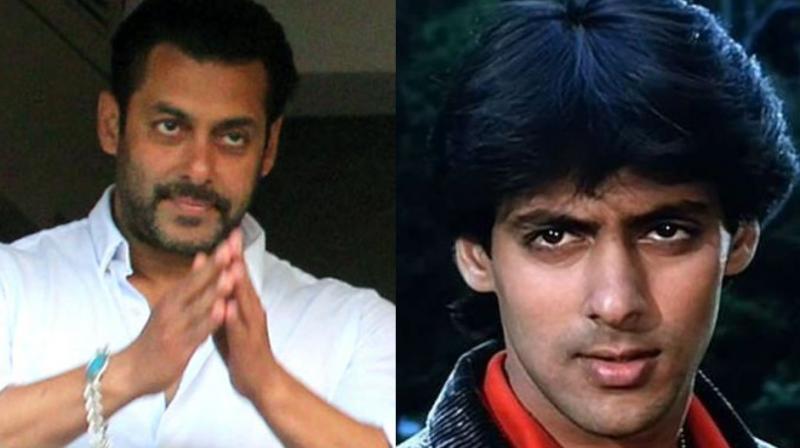 (Right) Salman Khan in a still from ‘Maine Pyar Kiya.’

Mumbai: The tag of Bollywood Casanova might have been transferred from Salman Khan to Ranbir Kapoor today, but there’s no doubt that the former dated some of the most beautiful actresses of the industry like Somy Ali, Sangeeta Bijlani, Aishwarya Rai, Katrina Kaif and a certain Iulia Vantur.

But before these ladies, there are two love stories of the actor which have been termed his first, one of his first girlfriend Shaheen Jaffery, niece of late actor Saeed Jaafery and Kiara Advani’s aunt, and another he revealed during ‘Tubelight’ promotions of a girl he couldn’t ever ask out at the age of 16.

But the superstar recently shared his real first love story from his schooling days on his reality show ‘Dus Ka Dum,’ according to a report in Mumbai Mirror.

According to the theme of the show, Salman asked the contestants a question related to communication between lovers via social media in the digital age, and he revealed he still prefers writing letters to his close ones even today.

He went on narrate its importance in the story of the first-ever girl he fell in love with, a feeling which started in an ‘emergency’ situation and ended in a way a lot of boys in the country can relate with.

“During his school days in Gwalior, Salman and his friends had planned a trip to Dehradun. While roaming around and taking in the sights, the group drank multiple glasses of jaljeera paani, which was soon followed by a desperate hunt for a toilet,” a source retold Salman’s story to the tabloid.

In that 'emergency,' Salman got attracted to a girl he saw at the washroom entrance.

“He returned to Gwalior soon after that, but they kept in touch by writing letters to each other. The correspondence lasted for almost a year. Salman revealed that he put an end to it when he realised that she had brotherly feelings towards him,” the source shared.

The story didn’t have the ‘happily ever after’ end, but it did remind us of Sallu’s breakthrough film ‘Maine Pyar Kiya’.

Remember Bhagyashree writing and sending a letter to Salman with the help of a pigeon in the evergreen track ‘Kabootar Ja Ja’?

Sallu doesn’t respond in the same way and instead just lands at her house in the song, but he did write a letter to fans post the success of the film.

The letter he wrote to Cine Blitz magazine in 1990 had gone viral few years back, check it out. 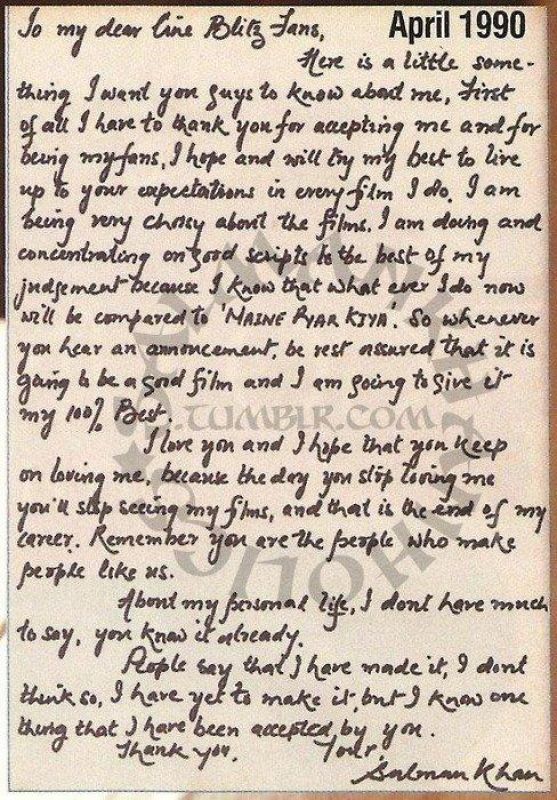 We wonder if these girls regretted their ‘lost opportunity’ post his success later on or express relief considering his controversial life.