According to a few reports, Tiger has paid more attention to work with Disha Patani in Baaghi 2 over promoting Munna Michael. 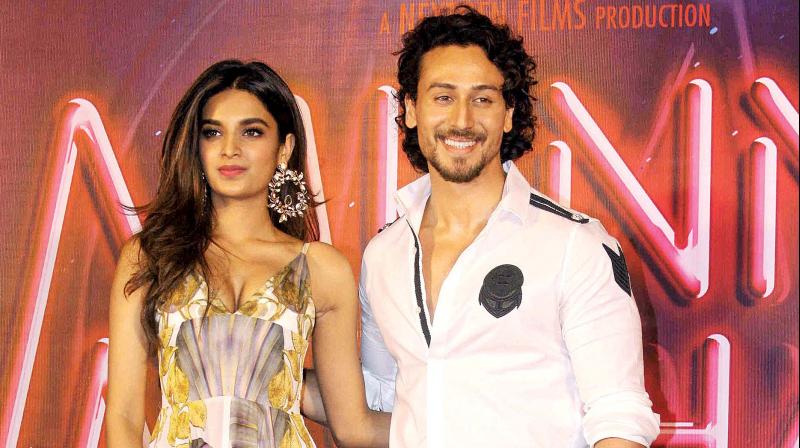 Debutante Nidhhi Agerwal , who will be seen opposite Tiger Shroff in Munna Michael seems to be extremely impressed with him, despite rumours indicating otherwise.

According to a few reports, Tiger has paid more attention to work with Disha Patani in Baaghi 2 over promoting Munna Michael. However, Nidhhi says it’s not true at all.

“I don’t think that’s true at all. We recently had a press conference, and Tiger said the most amazing things about me. He is very warm and has been promoting our film with gusto. I don’t know why people don’t see that part of him. I have no complaints about Tiger,” rued Nidhhi.

Meanwhile, the girl who has managed to make it on her own, says outsiders don’t get much attention. “It is 100 percent harder for an outsider but five years from now let’s see how things change. Eventually, talent speaks, and people who deserve to stay will stay. Star kids like Alia, Tiger and Ranbir are excellent and hence are where they are,” she adds.

“It’s certainly not easy for an outsider to make a mark because they don’t know anyone. You don’t get written about as nobody knows who you are. So, you don’t get that much attention when you are doing something compared to people that the media is aware of,” Nidhhi says.

Nidhhi, who hails from Bangalore has signed a three-film deal with Eros. Munna Michael starring her opposite Tiger Shroff is set to release on July 21.