Katrina will be in Malta, and may directly head to New York for the IIFA event. 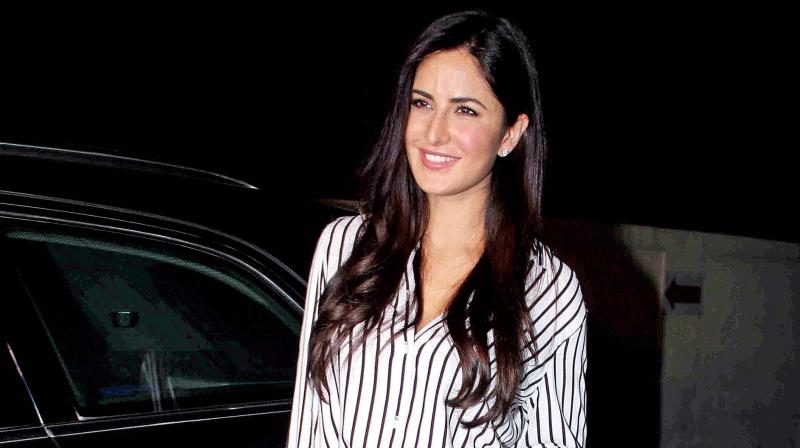 Katrina Kaif may have been in a hurry to get to Malta for the shoot of Thugs of Hindostan, but she wanted her clothes to be perfect for the upcoming IIFA awards next month. She will not only will be walking the red carpet but also will be performing on stage as well. So, she made sure that she wrapped up her work and promotion for her film Jagga Jasoos and headed to her favourite designer Manish Malhotra.

Manish had kept a small dinner for his friends Kareena Kapoor, Amrita Arora, Malaika Arora, Neha Dhupia and Sophie Chaudhry. Once the other girls left, Katrina dropped in. “Katrina reached in her work clothes, casuals and jeans because she wanted to discuss her costumes,” quoted her spokesperson.

Katrina will be in Malta, and may directly head to New York for the IIFA event on July 14 which incidentally coincides with the release date of Jagga Jasoos. Hence, she will not be participating in the promotions any further.

Perhaps Kat also wanted to discuss the attire for her birthday on July 16 during the IIFA weekend? Only Manish Malhotra can tell.