Akshay Kumar’s song Hans Mat Pagli is the latest in a long list of B’wood films that has looked at phenomena of stalking through rose-tinted glasses. 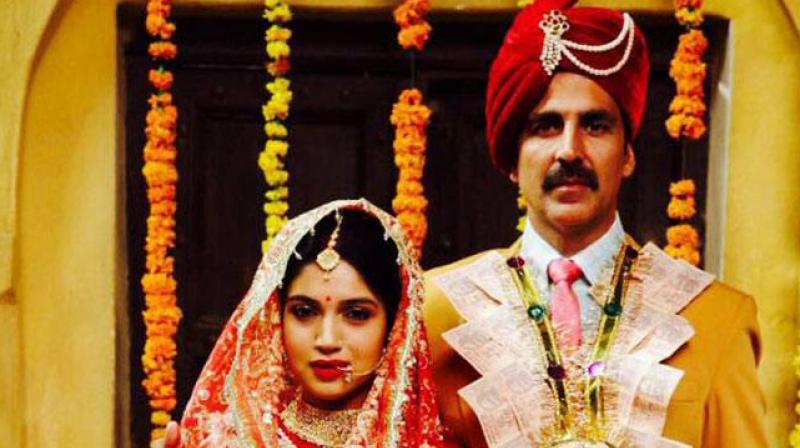 Bhumi Pednekar and Akshay Kumar in a still from 'Toilet: Ek Prem Katha'.

Akshay Kumar’s Toilet: Ek Prem Katha had been receiving a lot of positive feedback, with people calling it a socially relevant film. However, while the film does take up the baton in speaking up for proper sanitation, it not only ignores another social evil, but also goes on to glorify it — the issue of stalking.

A still from Hans Mat Pagli.

In Hans Mat Pagli, one of the songs from the movie that has just been released, Akshay is shown to be trailing behind co-star Bhumi Pednekar and even staking out her workplace and taking photographs of her on his phone, without her being aware of it. This is hardly the first instance that stalking has been glorified in Bollywood movies as love, but directors seem to fit it into their films anyway, as a foolproof formula. 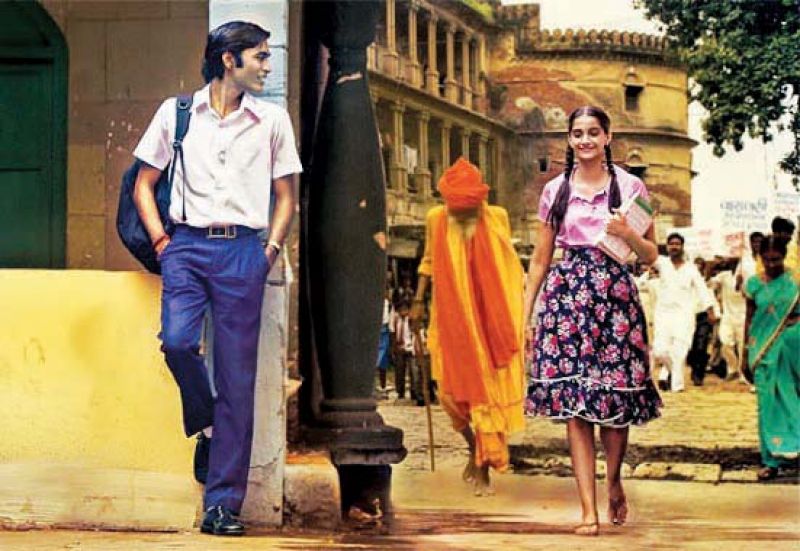 Dhanush and Sonam Kapoor in Raanjhanaa.

Movies like Raanjhanaa and Sairat are other examples of Indian films that are on social issues but still show stalking as a form of love. In Raanjhanaa, Dhanush’s character not only relentlessly pursues Sonam Kapooor’s character, despite her repeated refusals, but goes as far as to slit his wrists in front of her, just to get her to say yes. Even Sairat, critically acclaimed for its realistic and poignant treatment of honour killing, sees the male protagonist, Parshya, following the female lead Archi all around college. In one of the scenes, he even follows her to the well, where she and her friends are bathing.

With rose-tinted backdrops, song sequences, romantic dialogues, and of course, the female protagonist’s eventual acquiescence, stalking has been romanticised in Indian movies since time immemorial.

“One reason why I believe this happens is because films reflect society. And in the patriarchal set-up in which we live, a gentle treatment of love has not been taught to men. While the scenario is changing now in big cities, people in small towns don’t look at things like stalking as a serious issue even now,” says director Avinash Das, as he tries to decipher why such films are still made.

Director Ashwini Iyer, on the other hand, doesn’t really see much harm in portrayals of men following women around and gives the example of Romeo and Juliet to show that romance has always had this flavour. “I don’t see any harm in showing this portrayal. So long as the motive is true love, and not a negative context, it is fine. We have all wanted a Shah Rukh Khan to relentlessly pursue us at some point,” she says with a laugh.

The scenario, says actress Tannishtha Chatterjee, is changing with more and more women-centric films making it to mainstream media. But the fight is a long and arduous one, she admits. “Women producers and directors are making films that pick up relevant issues. Women actors have also become more conscious about the kind of roles they take up. Patriarchal mindsets and their manifestation in pop culture still exist, but I think that women have been more vocal in their protest, especially post the Nirbhaya case,” she explains.

A filmmaker’s responsibility towards society requires him to create a more careful portrayal, feels Avinash. “Movies should handle issues like stalking even more delicately, so that society will learn from them,” he asserts. Tannishtha, on the other hand, says that while the intricacies of human relationships need to be given their portrayal, blatant stalking is a strict no-no. “Portrayals like Ae Dil Hai Mushkil, where the two are friends, and the female protagonist also has a sense of conflict with regard to the hero, show the complexities of the human psyche. On the other hand, portrayals like Raanjhanaa are definitely to be avoided,” she asserts.

Film critic Raja Sen goes further to say that what we need now are films that not only avoid glorifying stalking but also actively condemn the issue. “While films like Pink have taken up the issue of consent, we need films which directly address the issue of stalking. In the South, the hero had till now been the very image of a loser stalker following the woman. However, now these types of characters are treated as the villains or antagonists in these films. We should follow this example in Bollywood films as well. Only then can the issue be tackled,” he concludes.