Salman Khan’s make-up man for 27 years, Raju Nag seems to have taken a leaf out of their book. 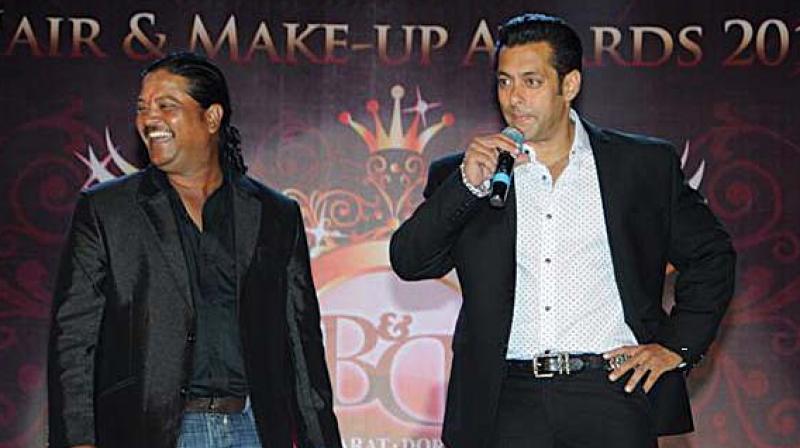 Salman Khan’s tight security does not allow his fans to jostle around the actor for selfies when he is on the move. Salman Khan’s make-up man for 27 years, Raju Nag seems to have taken a leaf out of their book.

Recently, Salman was out with his bodyguards with his make-up person in tow when a fan tried to push his way close to Salman. In the process, he shoved aside his make-up man, Raju Dada.

Raju was not ready to take this lying down. He caught hold of the errant fan and gave him one tight slap. The bodyguards then moved the fan away to prevent any further issue.

Also recently, Katrina Kaif’s driver also slapped a fan who chased her to her building when she was returning from a dermatologist. Sushant Singh Rajput’s watchman ended up being hit by fans after he abused them. Alia Bhatt had to shout at the top of her voice to dissuade fans from chasing her.

Well, that’s the price you pay for being famous. Although, we do hope that fans realise there are certain personal boundaries you don’t cross. After all, there is a fine line between being a fan and a fanatic.