Soha Ali Khan got trolled for not looking ‘muslim enough’ on her baby shower and Id, but does a religion have monopoly over a garment? 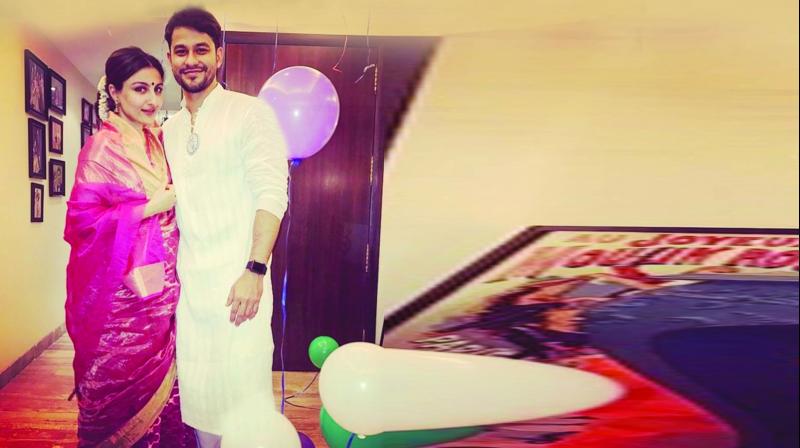 Wearing a pink sari, a fresh gajra and a maroon bindi, Soha Ali Khan looked gorgeous and happy standing next to her husband Kunal Khemu, who was dressed in a white kurta.  The occasion marked her baby shower as well as Id festivities. While Soha uploaded the pictures sharing her happiness on Instagram and Twitter, trolls decided to give the lovely affair a very different colour.

Soha was trolled for not wearing the ‘right colour’ on Id and looking ‘too Hindu’. Her choice of clothes, apparently, did not resonate with her ‘Muslim identity’. From telling her to not use the Khan surname to saying that it doesn’t look like it’s Id, her Instagram page turned into a debate forum on the Hindu-Muslim identity.

But to what extent can one compartmentalise certain outfits for certain religions? Celebrity stylist Rishi Raj says, “If you look at the photo, Soha is wearing a beautiful outfit and Kunal is wearing a Lucknowi kurta. Even if Soha is not making an intentional statement, the photo does make a statement. They are in love and accepting two different cultures. Why is no one commenting on Kunal’s kurta? It’s not a very traditional kurta that asserts his Hindu identity.”

Rishi Raj thinks that trolls have a lot of free time in their hands to be commenting on the wrong things, “What one really should take offense to is the people who have no clothes on due to poverty. Why don’t these trolls put their energy into that? If a person chooses to wear an outfit on a particular occasion, personal or religious, it should be entirely their choice. And Soha belongs to a family that has people from different religious and regional backgrounds. It’s ridiculous that people decided to troll her for this,” he adds.

Designer Nida Mahmood reiterates the point, “Nobody has any monopoly on any kind of clothes. Anyone can wear what they like to wear. Even if she is following a faith that is adopted, tolerance has to come into play. Be it a Hindu or a Muslim, choices related to clothes is not limited because of one’s identity. How are these trolls the guards of any religion? Everyone’s life and identity is so different from others that no one has the right to judge others. Even if one is a public figure and under scrutiny most of the time, no one can take away their personal choices. Pink colour belongs to me as much as it belongs or someone sitting in Timbuktu.”

Actress Vahbbiz Dorabjee, on contrary, thinks that this is not related to the growing communal mindset, “There is a dark side to the Internet and over there people think that they can say whatever they like. I think people have forgotten that this is a democratic country. Each to his own, and ‘live and let live.’ Soha knows what she is doing. She looks very beautiful but these trolls are just out there to get you. The culture of trolling is increasing everyday. We need to tell the haters to get a life.”