Now that the film has gone on floors, Madhuri’s first look from the film was recently revealed. 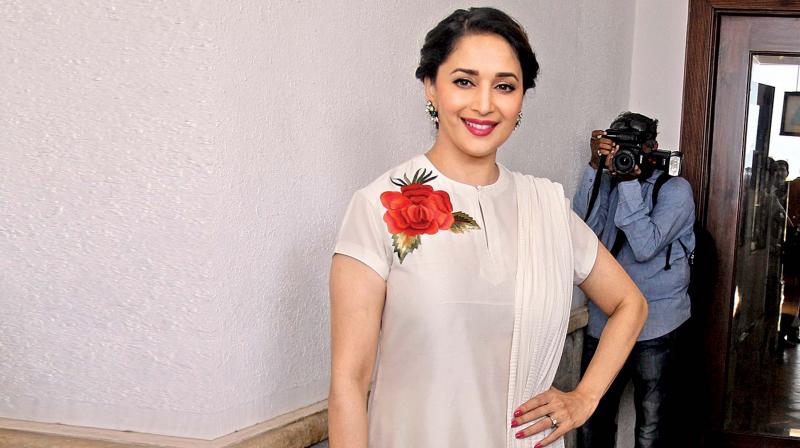 Karan Johar’s Kalank has been in news ever since the inception of the movie. The film has also created quite a stir among the audience especially due to its impressive star cast. Apart from Madhuri Dixit-Nene, the film also stars Varun Dhawan, Alia Bhatt, Sanjay Dutt, Sonakshi Sinha and Aditya Roy Kapur.

Now that the film has gone on floors, Madhuri’s first look from the film was recently revealed. The actress was spotted wearing a jhoomar (head jewellery) accompanied by a traditional attire.

A period film, Kalank directed by Abhishek Varman has a reincarnation angle to it. Earlier titled Shuddhi, sources inform that the current title of the film Kalank, is derived from how the new generation tries to wipe off a kalank meaning blemish from the earlier births.

“Madhuri is playing someone from an earlier period and her role in the new era will be essayed by Alia Bhatt. The buzz is that Alia will be the reincarnated version of Madhuri in the film and they may not necessarily be seen together in the film,” says the source.