Dangal business in China has really taken us by surprise: Aamir Khan

The film has grossed Rs 872 crores in the country and the lead actor is extremely surprised with the collections. 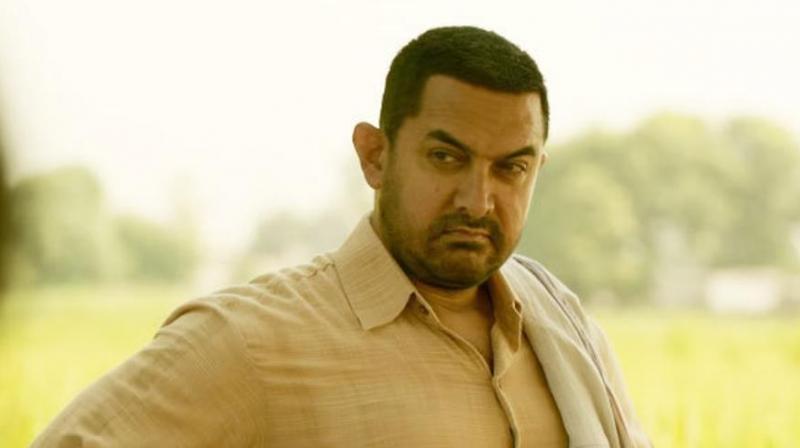 Aamir Khan's 'Dangal' is the highest-grossing Hindi film of all time.

New Delhi: The massive box office success of 'Dangal' in China came as a surprise to superstar Aamir Khan, but the actor says it has restored his faith that good stories transcend languages and cultures.

The film created history by becoming the first top-grossing non-Hollywood movie in China with a collection of Rs 872 crore till Sunday.

"The business in China has really taken us by surprise. We had hoped that the film would be loved in China but we never dreamt of this (success). I always believe that language is not a barrier when it comes to creative endeavours and its success in China has proved that," Aamir told PTI.

Inspired by the real-life story of wrestler Mahavir Singh Phogat, who went against a patriarchal society to train his daughters to become champions, the film released in China on May 5.

Aamir says it is hard for him to understand his popularity in the neighbouring country as it is an "intangible" thing. He, however, believes that the audience there connected with the story on an emotional level.

Citing the example of Oscar-winning Italian film 'Life Is Beautiful', Aamir says, "To me, what matters is that you tell a good story and you touch people's hearts and connect with them on an emotional level. That's what makes a film travel. I have seen this happen with 'Life is Beautiful'."

Hollywood has been wooing China for a while now, but Indian film industry has just woken up to the country's market potential.

Aamir says the reason behind this could be the Indian film industry's long-standing relationship with the home audience.

"We as the Indian film industry, irrespective of the languages, have a huge audience of our own, which we are catering to. I never thought about the other audience because we are so connected with the audience here.

"India is the primary audience that I make films for. It is to the credit of the people in China that they connected so deeply with a film from India. It is humbling as a creative person."

The 52-year-old actor says he first realised that he had an audience in China when his film '3 Idiots' did well at the box office there.

"'3 Idiots' was the time when I realised that people in China were connecting with my work. They also loved 'PK'. I believe the audience in China has connected so well with 'Dangal' because their emotions are similar to ours."

Both 'Dangal' and "Baahubali" are breaking box office recrods but Aamir says it would be wrong to pit the two films against each other.

"I don't think we can ever compare two films. Both of them have been loved across the world and are equally good. You can't trivialise it by bringing it down to numbers.

Allen Liu CEO E-Stars Media Ltd - distributor of 'Dangal' in China, says with 'Dangal', Aamir has become a household name in China. "Aamir Khan's popularity has been steadily increasing since the first movie I imported 'The Rising - Mangal Pandey' since then 'Lagaan', '3 Idiots' and 'PK' gave boost to his popularity in China. But thanks to 'Dangal', Aamir Khan has become a household name and inspiration for the Chinese Film Industry."